KLM launches services to Manston; adds Fukuoka in Japan and Ålesund in Norway Charles Buchanan, Manston Airport’s CEO; and Henri Hourcade, AF-KLM’s GM UK and Ireland, jointly celebrated the airline’s arrival in Manston. Buchanan then said: ““The start of the KLM service marks the next exciting chapter in the airport’s history. For the first time it connects Kent residents and businesses with the world through a global hub thanks to a national flag carrier airline.” 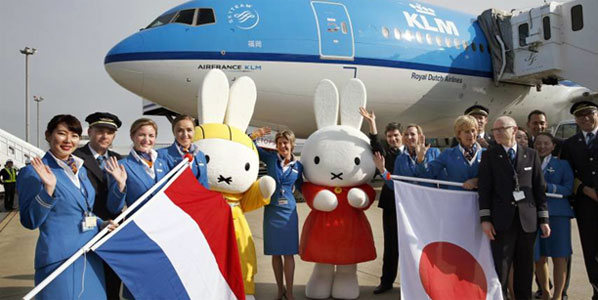 Upon the airline’s maiden arrival in Fukuoka, cabin and ground crew members of KLM posed for a commemorative picture with Miffy mascots. Fukuoka is KLM’s third destination in Japan.