Ryanair reigns again, as Week 2 of the Summer 2013 season delivers another 150 new routes 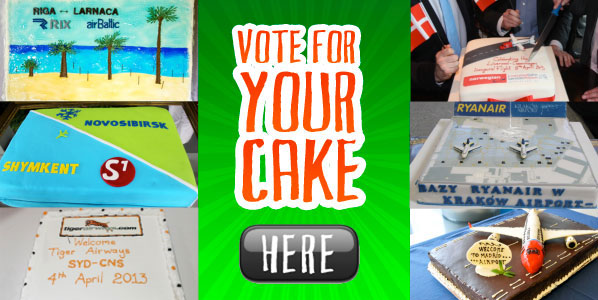 From this week’s 153 route launches, our data elves have selected eight more breathtaking cakes for our Cake of the Week Summer Season Part 2 public online vote. These include those from airBaltic, S7 Airlines and Tiger Airways Australia.

Its yet another bumper week in terms of the number of routes being started by the world’s airlines, with around 150 getting off the blocks in the last seven days, resulting in anna.aero’s poor data elves screaming for mercy (in fact one is disappearing to the mountains of Peru for two weeks to recover). Ryanair has again blown away the competition, starting 45 routes, spread across over 50 airports, in addition to the 56 new services its began last week. Trailing in the LCC’s considerable wake, is fellow LCC Norwegian, which takes #2 spot this week with 19 new routes (up from four last week), including the start-up of the airline’s new base at London Gatwick — featured in a separate analysis. 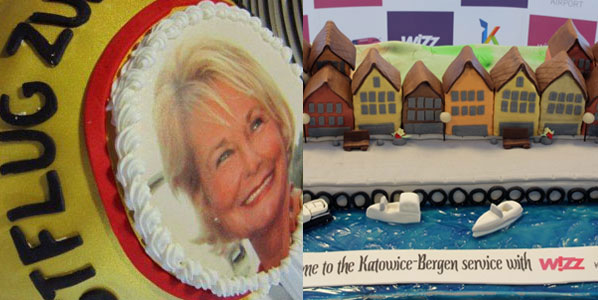 As usual, global airport and airlines use new service start-ups as the opportunity to get in their respective kitchens and create some culinary route launch masterpieces. This week, anna.aero has eight cakes from six airlines, all of which are no doubt encouraging their respective Twitter followers and Facebook fans to vote for their cake in order to gain the prestigious anna.aero Cake of the Week certificate to hang on their office wall.

The start of the summer season last week saw 17 cakes slug it out for the honour of being the Cake of the Week, in what is traditionally the hardest fought week of the year for this significant award. Did InterSky’s new route “Moser-kugel” cake, celebrating the start of flights from Zürich to Salzburg, hold off the challenge from the Bergen waterfront-inspired cake designed for the launch of Wizz Air’s Katowice to Bergen operations? Click here to find out who won.