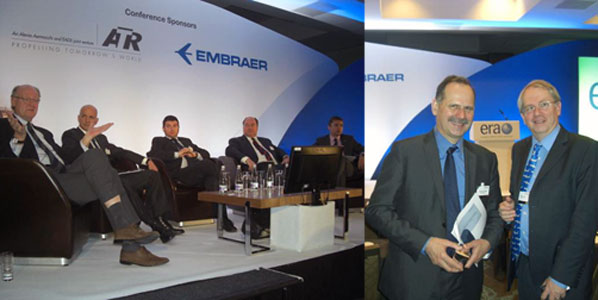 The European Regions Airline Association (ERA) held its annual Regional Airline Conference in Edinburgh last week, and anna.aero’s Ralph Anker was there to hear what speakers had to say on a range of issues from the latest proposed EU legislation for passenger compensation, to the role of social media. One particular presentation, by Jean-Yves Gross, President and Chairman of Air France subsidiary Regional caught our attention, as it contained lots of graphs looking at the range of ‘regional’ operations at various European airports. Inspired by this, anna.aero decided to do some number-crunching of our own this week, to look at which are the leading European airports for regional operations, as defined by a variety of aircraft-related parameters. 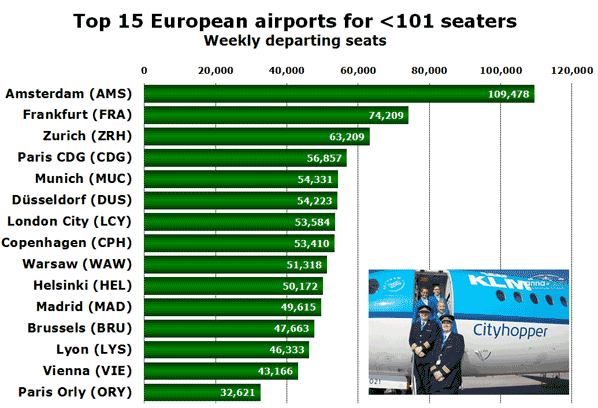 Three of Europe’s busiest airports (Amsterdam, Frankfurt and Paris CDG) fill three of the top four places, as might be expected at major hubs, which rely on a wide range of short-haul feeder services to help fill long-haul flights. Zurich (third) and Munich (fifth) are also major hubs for Swiss and Lufthansa respectively. Most of the top 15 airports are the main airports serving capital cities, with a couple of exceptions. London City is a dedicated ‘city-centre’ airport with a limited runway length which until recently could only be served by aircraft with less than 100 seats. Lyon is very much a regional airport where Air France has developed significant traffic flows using regional aircraft. While three of Europe’s major hub “FLAP” airports (Frankfurt, London Heathrow, Amsterdam and Paris CDG) are all well placed, London Heathrow ranks 167th in Europe with just 2,656 weekly departing seats on aircraft of 100 or fewer seats. 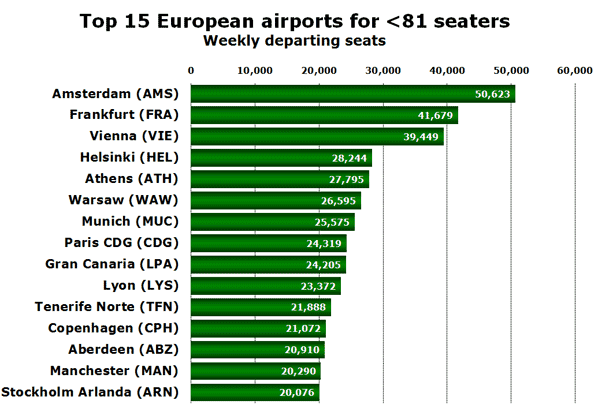 Changing the criteria and looking at operations involving only aircraft with 80 or fewer seats (this will still include all turboprops but will remove some of the larger regional jets such as CRJ900s and E190s) the top two airports remain unchanged. Paris CDG falls from fourth to eighth while Athens, Gran Canaria, Tenerife Norte, Aberdeen, Manchester and Stockholm Arlanda, replace Zurich, Düsseldorf, London City, Madrid, Brussels and Paris Orly. London Heathrow now ranks 281st in Europe thanks to KLM operating Fokker 70s twice-daily on its Amsterdam service.

A final analysis that just examines the number of weekly scheduled turboprop operations (as opposed to weekly seats) reveals that Athens and Helsinki are tied for first place with just over 400 departures per week. Apart from eight major European hubs, and two airports in the Canary Islands, the top 15 also features two niche ‘city’ airports in London (City) and Stockholm (Bromma). The final three airports in this ranking are all in the UK; Aberdeen, Guernsey and Southampton. 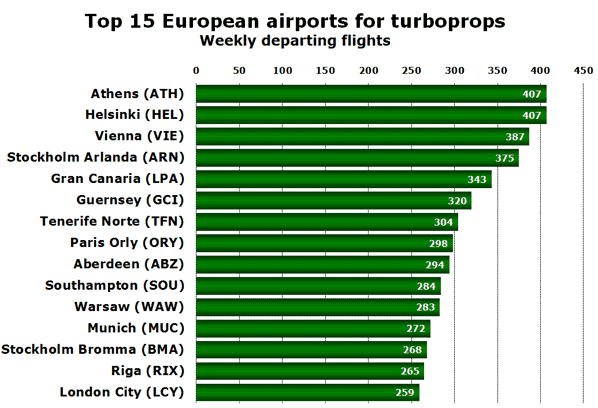 Amsterdam now only ranks 81st by this metric, while Frankfurt ranks 101st. London Heathrow is not among Europe’s 444 airports that have at least one weekly scheduled turboprop service this April. In fact, our data elves believe that the last regular scheduled service at London Heathrow operated by a turboprop was a daily Air France flight to Paris CDG, in September 2011, operated by a BritAir ATR72. 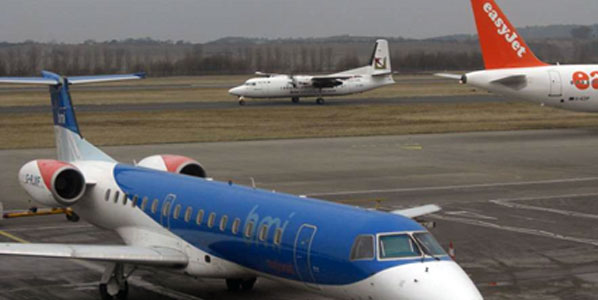 ERA Regional Airline Conference host city Edinburgh has a broad mix of operations, and ranks in Europe's top 20 for all three categories of aircraft types analysed in this article. Regional airlines and aircraft include bmi regional's ERJs and Minoan Air's Fokker 50s.