Leak of the Week: Thomson to launch ten routes from six UK airports next summer 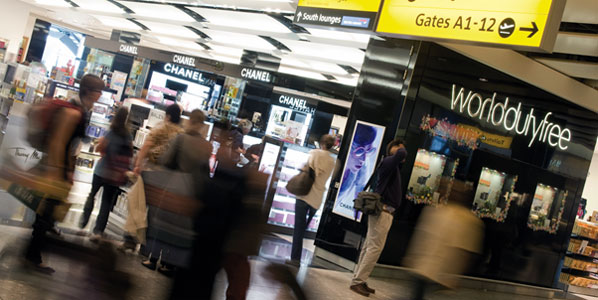 While LCCs certainly deliver in terms of footfall, charter passengers will tend to spend more cash per head – making them a valuable, but increasingly rare, type of passenger for the UK’s airports. Combined with typically paying higher fees to the airports as well, you can certainly see why charter airlines are still a cash-cow worth keeping.

Later this week, Thomson Airways, the UK charter airline, is looking to announce that from next summer, it will add 10 new routes across six UK airports. Four of the UK airports, were asked to comment on the planned announcement, but all anna.aero has received is stony silence – which tends to be an indication that these airports have been sworn to secrecy. But anna.aero is determined, as ever, to share the news first, so the new routes are:

Looking at Thomson Airways’ respective schedules at each of the six airports for June this year, and assuming no route losses, the two new destinations at Aberdeen will double the routes available to four next summer. Birmingham will increase to 42 destinations, Bristol up to 27, Glasgow rises to 25, Leeds Bradford hits 10, while at London Southend the Ibiza route will be Thomson’s second at the Essex airport, after it launches services to Palma on 4 May this summer.

Despite the onslaught of LCC’s pedalling their panacea for airport passenger growth, many airports, including most in the UK, still rely on charter airlines to deliver a significant proportion of their annual traffic. In fact, according to UK CAA statistics, in 2012, 9% of the UK airport passenger traffic or the equivalent of 20 million passengers (total passenger throughput was 203 million last year) flew on a charter service. While this volume is a far cry from the 32 million using this type of airline in 2007 (13% of total traffic), it is positively light years away from the one-in-four of total UK passengers that enjoyed a package holiday in the sun in 1992. 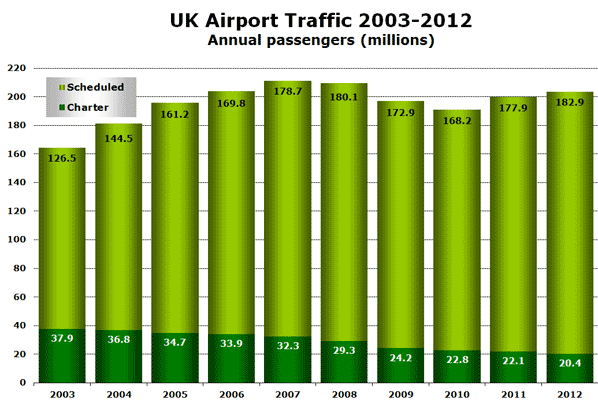 That said, for these six UK airports, this Leak of the Week gives them the opportunity to staunch some of this meteoric decline in this once popular type of travel. Assuming that Thomson flies each of these new services weekly with a 189-seat 737-800 at an average 90% load factor for a 26 week summer season, then Bristol would stand to benefit by nearly 30,000 annual passengers from its three new routes. Financially, charter passengers are good for airport revenues too. Typically charter airlines will pay more to airports per departing passenger than LCCs, and the type of passengers on-board are often the highest yielding (unless the airport in question has long-haul traffic) in terms of non-aeronautical revenue, as they will spend more in the shops and will tend to park their car for two weeks as well.

In the last five years, only one of the six airports has managed to increase charter’s share of total traffic – namely Aberdeen. Worst affected have been Bristol and Birmingham, with these airports witnessing this traffic’s importance decline by nine and eight percentage points respectively. Leeds Bradford and Glasgow have also fallen but fared better, whereas the swing at London Southend is due entirely to the initial low volumes of traffic, and subsequent arrival of easyJet at the airport last year which has completely changed the make-up of the airport’s traffic profile.