A show of belly-dancing and a tea for all passengers travelling on Ryanair’s maiden flight to Marrakech were prepared in Memmingen to entertain the passengers. While the airport’s Svenja Damzog, Marketing Manager; and CEO, Ralf Schmid, did not showcase their Moroccan moves on the floor, they then bravely posed for a commemorative picture with the dancers and crew of the inaugural flight. 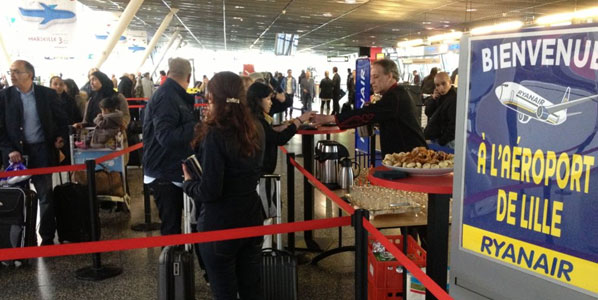 A taste of Moroccan delights for passengers travelling on Ryanair’s inaugural flight to Fez from Lille, as the French airport prepared a special reception in the terminal. Katowice Airport welcomed the launch of Ryanair’s new route to Greek Chania with a celebration in the check-in area. Passengers travelling on the inaugural flight were handed goodie bags and were then able to sign a commemorative poster.