Birmingham, Melbourne and Milan on the cards for Air India – as we predicted! 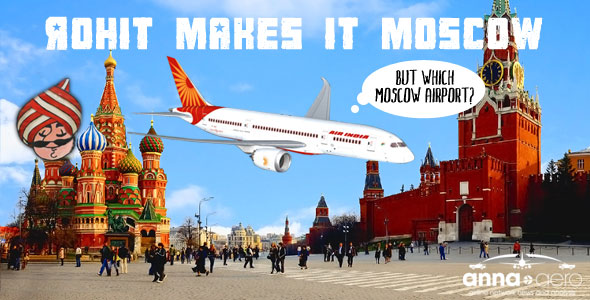 We at anna.aero try really hard not to be big-headed. But this is just what we predicted! (Air India’s Chairman and Managing Director, Rohit Nandan, now confirms: "We are introducing Rome and Milan, Moscow, Birmingham in the next three-five months, then flights to Australia.”)

We’re not counting our chickens just yet, as the routes have not been formally launched, but the evidence that anna.aero’s predictions of Air India’s new route selection in Italy, Australia and the UK being correct seems to be mounting, following comments to the Indian press earlier this week by the airline’s Chairman and MD, Rohit Nandan.

Just four weeks ago, our analysis, following the airline’s Commercial Director’s comments at Routes Asia Conference in Mumbai, indicated that top of Air India’s route shopping list this year would be Milan, Washington, Melbourne and Birmingham. This week Nandan has helpfully confirmed this, saying: “We are introducing Rome and Milan, Moscow, Birmingham in the within next three-five months, then we are introducing (flights to) Australia.” Separately in the interview, both Melbourne and Sydney are cited as being the airline’s Australian route targets. While clearly he is hedging his bets by suggesting Rome and Milan, as well as Sydney and Melbourne, anna.aero’s money is still on the two latter points in each country being the first to be launched. 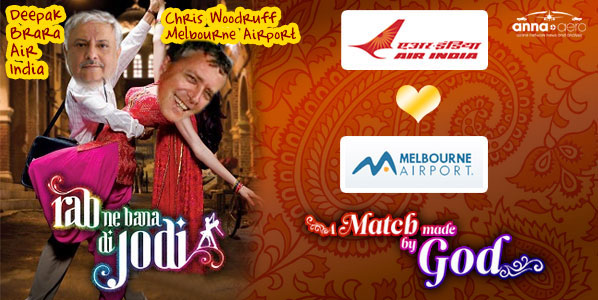 Streuth! Looks like Air India’s Commercial Director, Deepak Brara and Melbourne Airport’s Chris Woodruff will be having that celebratory “Waltzing Matilda” when the airline’s inaugural flight finally touches down later this year.

DME or VKO for Moscow return

Mentioning Moscow and Birmingham in the same sentence is a funny coincidence, as Air India once flew Birmingham-Moscow-Amritsar with its 707s in the early 1980s (vaguely remembered by the editor). However, the last time the airline served Birmingham was between May 2005 and October 2008, so hopefully this time it will be third time lucky for the UK Midlands airport. An October or November launch for Birmingham would seem the most likely start date, to capitalise on the peak traffic volumes between December and March.

Returning to Moscow, a destination which had not previously been mooted by Air India, will see the airline up against Aeroflot’s daily A330 operation from its Moscow Sheremetyevo hub, according to Innovata schedules for 1-7 May. On that basis, and in order to avoid direct head-to-head competition, the Indian national carrier may elect to offer a Moscow Domodedovo connection instead, although a link to Moscow Vnokovo, which is closer to downtown Moscow than its competitor, would be a significant scalp for the city’s resurgent third airport, thanks largely to Transaero Airlines recent growth there.

Out of the carrier’s two most likely choices for the Indian end of the route – Delhi and/or Mumbai – the airline, as did anna.aero, has chosen the capital. “We will use Delhi as a hub and as and when Mumbai will have capacity — which I am told will be soon — it will be a natural second hub for us,” says the airline’s boss. Notably, his comment seems to suggest a dual-hub strategy for the airline going forward.

No decision on US – yet

While these route decisions seem to have been made by the Indian flag carrier, we are still to find out where it plans to add in the US, however in reading the above article, Nandan states (in reference to the US market): “We may look at expansion provided there is a market for it. We will look at newer destinations.” So that’s a whole lot clearer then.