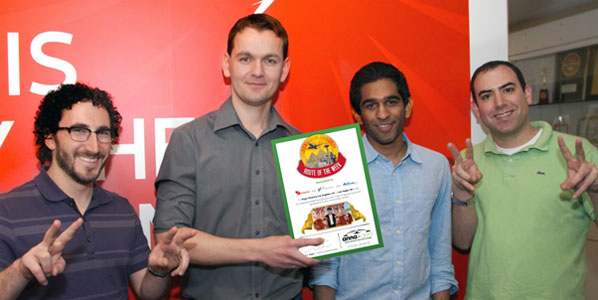 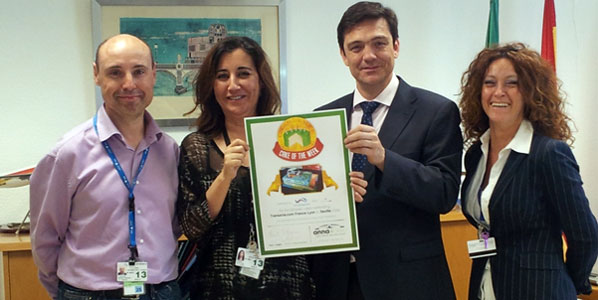 Eugenio Perez, Seville Airport’s Director, posed with his team for a commemorative picture celebrating the airport’s win of last week’s Cake of the Week prize. 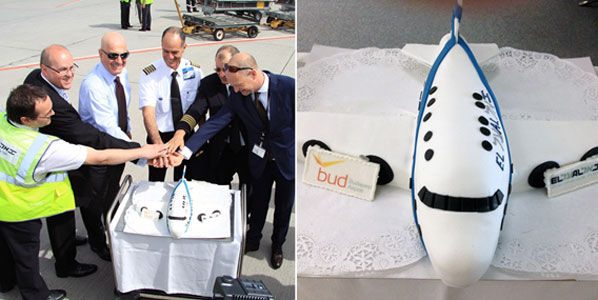 Ohrid Airport, operated by TAV Macedonia, welcomed the first group of Dutch tourists arriving for the summer season on 26 April. Zoran Krstevski, TAV Macedonia’s GM; Marriet Schuurman, Dutch Ambassador to Macedonia; Nikola Bakraceski, Mayor of Ohrid and Zijadin Sela, Mayor of Struga, were among the attendees of the welcoming ceremony organized by the Dutch Embassy in Macedonia, Municipality of Ohrid and the Agency for Promotion of Tourism for the 144 Dutch tourists. The passengers were served a cake prepared exclusively for the ceremony, during which Macedonian traditional dances were performed. According to forecasts, 144 charter flights will bring 20 thousand tourists to the country this summer season. 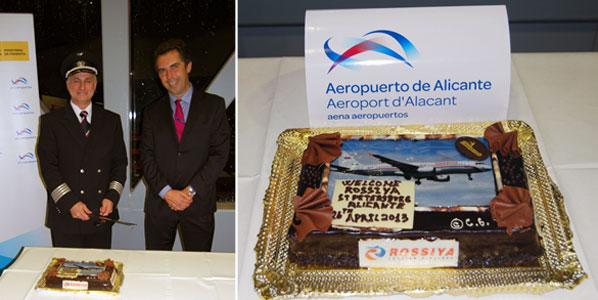 Rossyia Airlines reinstated its seasonal service from St. Petersburg to Alicante with more than twice as many frequencies as last year. The airline’s Captain on the inaugural flight and Alicante Airport’s Director, Santiago Martinez-Cava Arenas, cut the inaugural cake. Russia’s Mineralnye Vody welcomed its first international airline partner, flydubai, with this magnificent cake on 17 April, becoming the airline’s fifth destination in the country. You can read  anna.aero’s full analysis of this exciting launch here . Groningen Airport officially inaugurated its extended runway, which – at 2,500 metres – is bound to help the airport attract new business. The airport’s Director, Marco van de Kreeke, said: ”Groningen Airport is of and for the Northern Netherlands. With the longer runway we can improve access to and from the region, which means more connections from Groningen but also new opportunities for incoming tourism.”