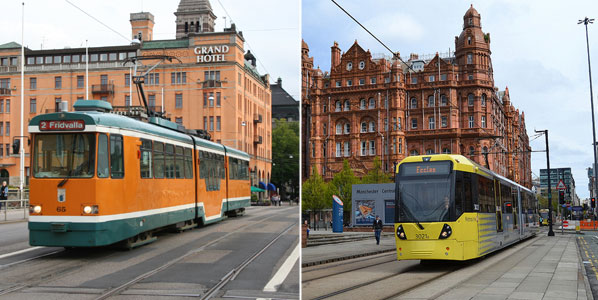 Not only do Manchester and Norrköping both have city tram systems, and Grand Hotels, but they were both built on success of the textile industry, so much so that the Scandinavian city was known as “Sweden’s Manchester”.

Serving Sweden’s ninth largest city and its eighth largest municipality, Norrköping Airport, the first commercial airport to open in Sweden in 1934, is looking to rebuild itself following a tumultuous year, where its fortunes have suffered at the hands of two airline failures. Located in the province of Östergötland in eastern Sweden, the city was historically known as “Sweden’s Manchester”, as it flourished to become the fourth largest city in the country, built on a buoyant textile industry similar to its cousin in the north-west of England. However, following the decline of this industry over the last 60 years, the city has had to re-invent itself as a centre of culture and education.

“Our USP is that we are at the centre of Sweden’s fourth largest catchment area considering the population in Sweden. First you have Stockholm, Gothenburg, Malmo/Copenhagen and then fourth Norrköping/Linköping,” enthuses Jörgen Nilsson, the airport’s Sales and Marketing Manager. “Business and leisure passengers don’t want to drive three hours (one-way) before they need to check-in at Arlanda to travel south and pass Norrköping again,” he adds.

The airport, is battling to carve out its own sustainable catchment and passenger base in a ‘busy’ airport environment in this part of Sweden – with Stockholm Arlanda (150km NE), the downtown Stockholm Bromma (130km NE), Stockholm Västerås (110km N) and Ryanair’s base at Stockholm Skavsta (45km NE) all jostling for market position. In fact, the Irish LCC did briefly flirt with Norrköping, launching seasonal, twice-weekly flights to Alicante in May 2010. The service operated until October 2010, but did not return the following summer, as Ryanair elected to add a further frequency into its Skavsta base instead in S11 (up one weekly flight to eight, while Västerås stayed at two), only for the airline’s total frequencies to the Stockholm area to be cut to seven in S12 (split five to Skavsta and two to Västerås). This summer, has seen Skavsta recover a weekly frequency to the Costa Blanca city, hopefully signifying a strengthening in the region’s leisure market which Norrköping can exploit too.

Since 2008, the airport has consistently handled between 100,000 and 115,000 annual passengers, and is clearly ready to take its next step forward in terms of its volumes. In 2012, the airport handled just over 110,000 passengers, with nearly all of its passengers being international. With a pool of 25 million passengers using the region’s five airports — Arlanda is the third busiest airport in Scandinavia, after Copenhagen and Oslo — there is plenty of opportunity for a small, nimble airport to carve out its own niche. 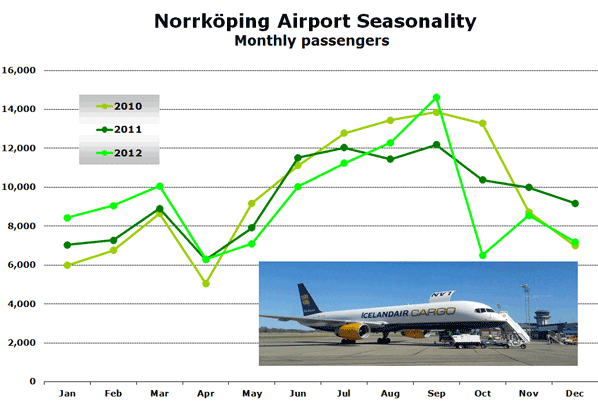 Entering Norrköping’s monthly passenger data for 2012 into anna.aero’s newly launched Seasonal Variation in Demand (SVID) calculator, the airport performs well, generating a score of 8.1, giving it a “good” rating. While this is worse than that achieved in 2011 (5.2 – good) it is still better than 2010’s result of 11.7 “poor”. Norrköping’s 2012 score compares favourably to other competing airports in the region, being marginally better than that scored by Skavsta (8.3 – good) and significantly better than Västerås which posted a result of 21.7 “managerial and operational challenges”. Arlanda achieved (an expected) “excellent” rating with a score of 1.6.

Currently, the only regular scheduled service is to Helsinki, flown six weekly with a mix of ATR 42 and 72s, under the flybe Nordic tailfin. The Finnish off-shoot of the UK regional airline assumed responsibility for flying the route from Finncomm Airlines back in October 2011, when the route was part of the initial 25 started under the flybe Nordic arm. While the airport’s scheduled network has scope for improvement, Norrköping is currently the #4 airport in Sweden for charter traffic. “Arlanda, Gothenburg and Malmö are larger, but we are slowly getting closer to Malmö,” adds Nilsson. 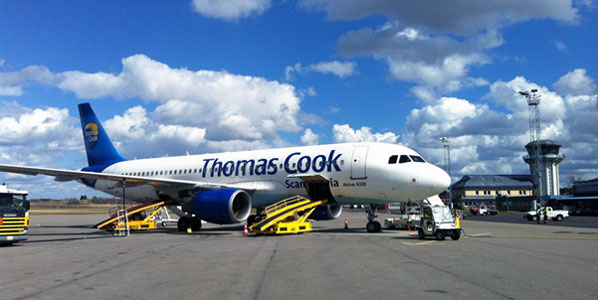 Norrköping is Sweden’s #4 airport for charter traffic, after Stockholm Arlanda, Gothenburg and Malmö – however “we are slowly getting closer to Malmö,” says Jörgen Nilsson, the airport’s Sales and Marketing Manager. At the end of April, Thomas Cook Airlines re-instated its weekly seasonal service to Palma.

In terms of the airport route shopping list for the Routes Europe conference in Budapest, Nilsson is clear on his objectives: “Our top three desired routes are all in Germany – Frankfurt, Berlin and Munich.” A domestic connection to Visby, an intra-Scandinavia route to Oslo, as well as hub connections to London and Istanbul and the Spanish destinations Alicante, Malaga and Barcelona are also on his wish-list.

Completing a dream Routes for Nilsson would be a new Copenhagen link – a service that has, until recently, been operating around 50 years. Services to the Danish capital were operated by Cimber Sterling for over six years until the airline’s demise on 3 May last year, throwing one of Norrköping’s most commercially important and resilient routes into jeopardy. According to Innovata schedule data, the route was operated at that time with 12 weekly ERJ-145 flights by Skyways on behalf of Cimber Sterling. The route was quickly re-launched by the Swedish regional, under its own banner, with 10 weekly Fokker 50 flights promised to begin on 7 May — only for Skyways to slide into bankruptcy itself just over two weeks later on 22 May. “We were hit quite hard by Cimber Sterling and Skyways bankruptcies last year,” admits Nilsson. Four months later on 10 September, the route was resurrected again, this time with 16 weekly Saab 340 flights by NextJet (although it only operates turboprops), another Swedish regional airline. The operation lasted until 9 December, and since then the airport has been on the hunt for a replacement airline on this vital link. And that’s what Routes is all about.