Airbus increases the gap over Boeing to 21 units, as the latter prepares to re-start 787 deliveries 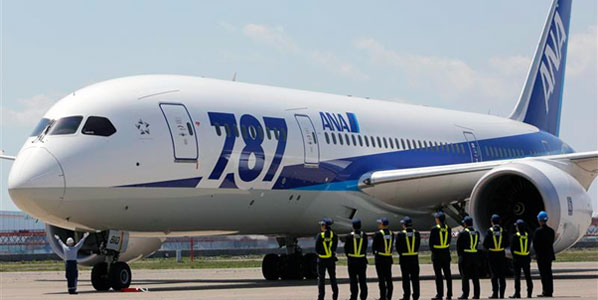 No 787s were handed over to the customers in April, but as we write the piece, Boeing had restarted the deliveries and – with a backlog of finished planes sitting on the ground – it might well overtake Airbus in May. Pictured is ANA’s first Dreamliner to be delivered since the fleet was grounded.

Following the busiest ever March, the two manufacturers achieved mixed results in April, worsening last year’s results by one unit. With the total aircraft deliveries standing at 58 and 44 respectively for the two manufacturers during the third month of the year, Airbus improved and Boeing worsened its performance. Compared with April 2012, Airbus delivered six more aircraft, while Boeing handed over seven airframes less. 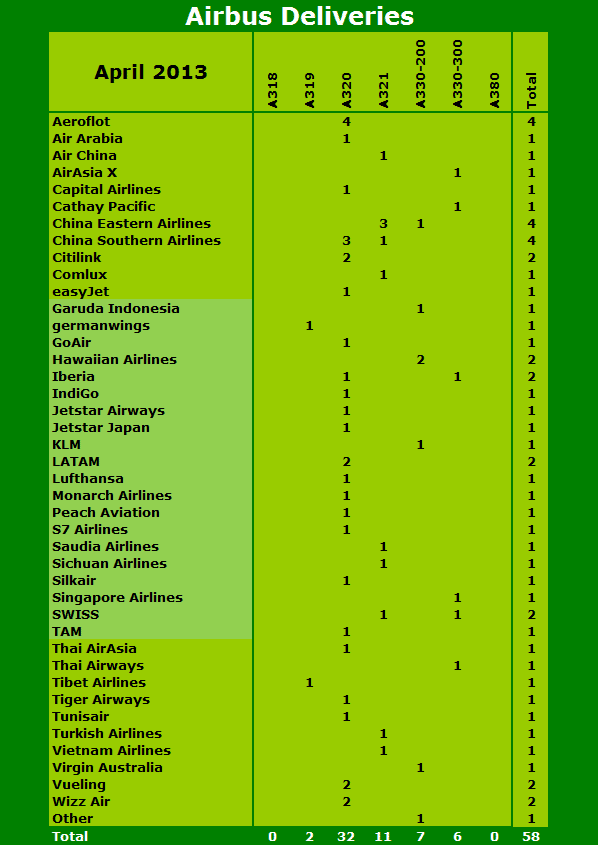 Airbus closed the month with a total of 58 delivered units, which constitutes six units less than the amount delivered in March 2013, and six more than in April last year. In the first four months of 2013, Airbus delivered 202 units, an increase of 10% on the same period of 2012. Nearly 20% of all aircraft were delivered to customers in China in April.

Unsurprisingly, deliveries in April were led by the A320 family, with a total of 45 single-aisle jets provided to airlines worldwide. A large proportion of April’s overall A320 family deliveries were made to low-cost carriers, including Europe’s Vueling (two A320s), easyJet (one A320) and Wizz Air (two A320s); IndiGo and GoAir (one A320 each) in India; along with Peach Aviation and Jetstar Japan (one A320 each) in Japan.

13 wide-bodies were delivered in April, two less than in the preceding month. The only airline to receive more than one wide-body unit last month was Hawaiian Airlines, which saw two A330-200s join its fleet. Following the delivery of two A380s last month, there were none in April. 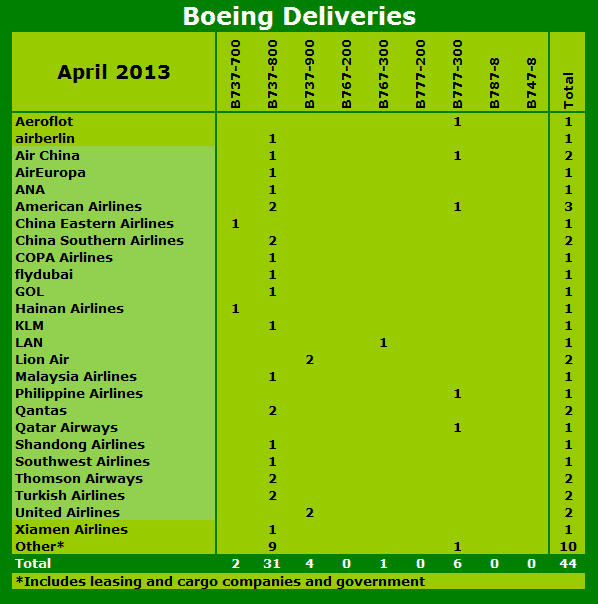 Airlines received a total of 37 narrow-bodies from the American air framer, one more than in the preceding month. American Airlines, China Southern Airlines, Qantas, Thomson Airways and Turkish Airlines each received two 737-800s, while Indonesia’s Lion Air and the US’ United Airlines took the delivery of two 737-900s each.

Twelve less wide-body units were delivered in April 2013 than in March, the US air framer also worsened its year-on-year performance, delivering five units less than the 13 it managed in April 2012. Aeroflot, Air China, American Airlines, Philippine Airlines and Qatar Airways each received a single 777-200. Neither 747-800s, nor any 787s were delivered in April. However, having introduced the necessary battery modifications, Boeing restarted the deliveries of the latter type in mid-May and so should soon improve its delivery record.