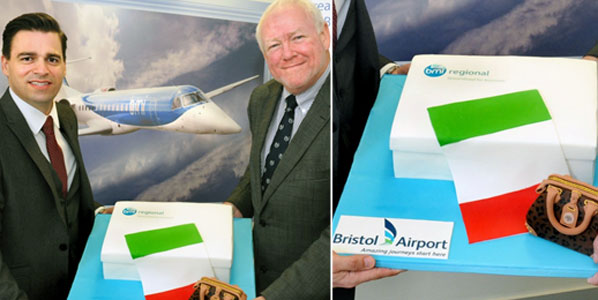 Bristol Airport’s Jason Wescott, Head of Sales and Marketing; and Ian Woodley, bmi regional’ Chairman, celebrated the airline’s launch of services to Hanover, Milan Malpensa and Munich, all of which are geared at business traveller. Mark Stewart, GM and HR Director at the nearby Airbus plant, said: “These new services are welcomed by our employees, especially the direct route to Munich which gives us much better access to our colleagues in EADS. Coming on top of the new route from Bristol to Hamburg, it will certainly increase business efficiency, whilst continuing to support our local airport.” 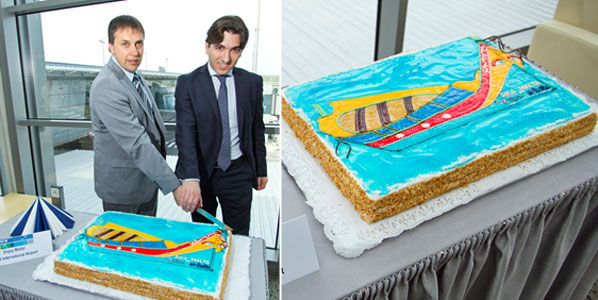 Riga Airport’s Chairman of the Board, Aldis Murnieks; and airBaltic’s VP Network Planning and Development, Manuel Esu performed the cake-cutting ceremony prior to the airline’s maiden departure for Malta. 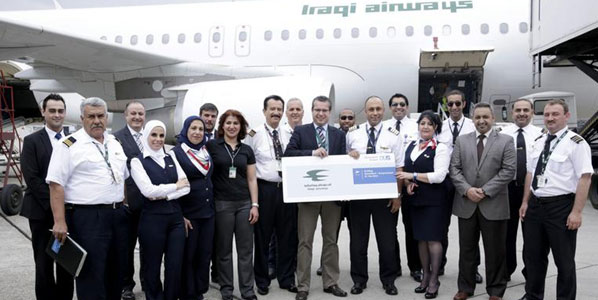 Passengers on Jet2.com’s inaugural service from Manchester to Menorca were received by the airport’s Head of Cabinet, Abelardo Olives; the head of Tourism at Consell Insular de Menorca, Salomé Cabrera; and the director of Viajes Magón, Gabriel Pons. Passengers were then treated to the inaugural cake and some of the island’s traditional products. Crew and passengers arriving on Monarch Airlines’ inaugural flight to Malta were greeted with flowers and a special launch cake. Menorca became the second (after Palma de Mallorca) Balearic destination offered by SAS from Stockholm Arlanda. The inaugural service was welcomed with the traditional watercannon salute.