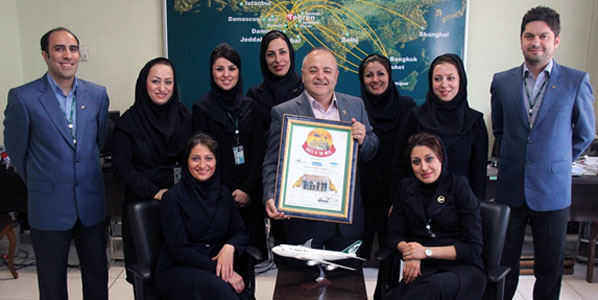 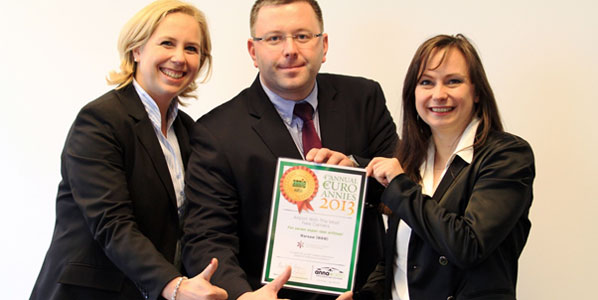 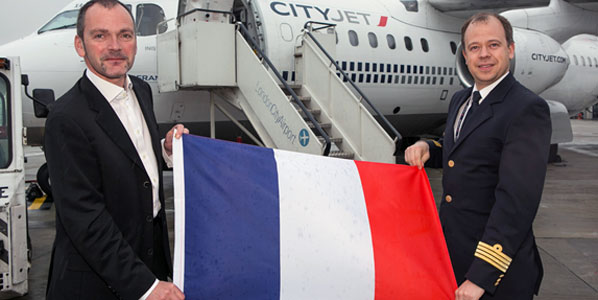 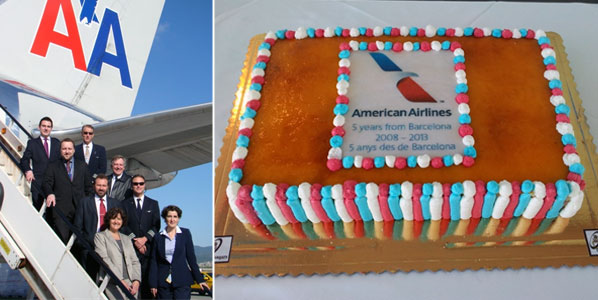 Barcelona Airport and American Airlines marked the fifth anniversary of the route to New York JFK with a cake. The US carrier currently flies to Miami and New York offering daily flights during the summer season. Posing for the picture were American Airlines’ Nieves Rodríguez (first right); flight crew members; the airport’s representatives and members of the Barcelona Air Route Development Committee. Almost a million passengers were carried by US Airways between Dublin and the US cities of Philadelphia (launched May 2003) and Charlotte (launched May 2011) in the last ten years. Celebrating the 10th anniversary of successful cooperation in Dublin were the airline’s Sandra Alford, supervisor; Margaret Skinner, Regional Sales Manager UK and Ireland; Cormac O’Connell, DAA’s Head of Aviation Business Development; Eric Mathieu, US Airways’ MD International Sales; Fiona Ryan, US Airways’ Account Manager; and Christine McAteer, US Airways’ Station Manager. Izmir Airport, operated by TAV Airports, marked the launch of nonstop services to the Ukrainian capital with a special cake served in the terminal. The service is offered by Tez Tour and operated by Windrose Airlines using an A321. Performing the cake-cutting ceremony were Tez Tour Izmir Regional Manager, Beyzat Tunali; and TAV Izmir GM, Erkan Balci. 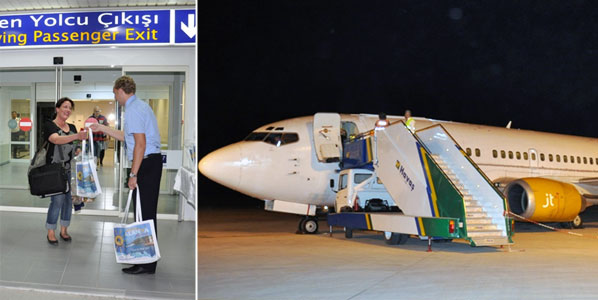 Operated by TAV Airports, Antalya Gazipasa Airport welcomed 148 passengers arriving on Jet Time Airlines’ inaugural service from Copenhagen. Twice-weekly 737-300-operated flights are scheduled initially, but the frequencies will increase to 10 weekly in line with the growth of demand for charter services during high season. 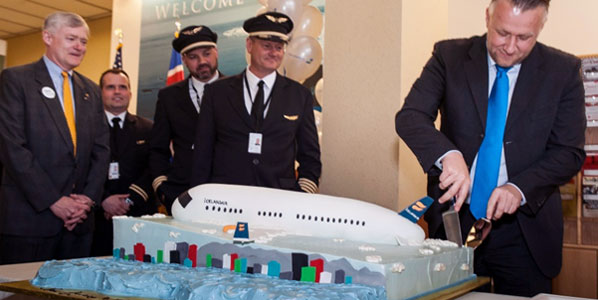 While Icelandair’s new service to Anchorage, AK, was reported on last week, anna.aero has since received this fantastic photo showing the airline’s CEO, Birkir Holm Gudnason, cutting the inaugural cake. Lt. Governor of Alaska, Mead Treadwell, and the flight crew of the maiden service eagerly awaited a piece.