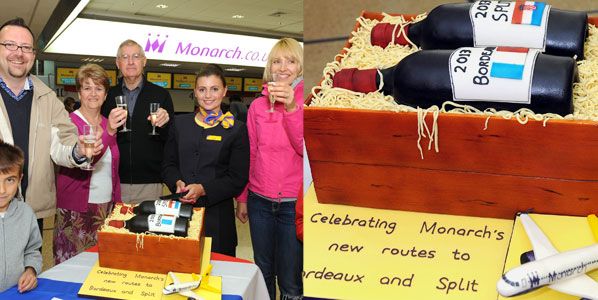 Birmingham Airport and Monarch Airlines celebrated the launch of two new routes with “golden tickets” and a glass of bubbly for lucky passengers. The rich wine-making traditions of both Bordeaux and Split served as inspiration for the inaugural cake. Kevin George, Monarch Airlines’ MD, said, “We are delighted to be celebrating the start of these new routes from Birmingham Airport giving our customers in the Midlands an even greater range of summer sun destinations and bringing the total number of Monarch destinations for 2013 from Birmingham Airport to 28.”