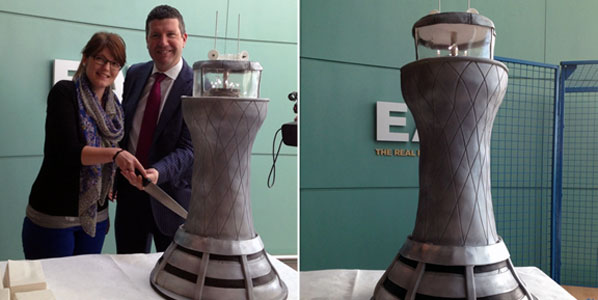 Sarah Hontscha, one of the passengers travelling from Edinburgh Airport on the day, and Gordon Dewar, the airport’s CEO, cut this spectacular (ATC-) towering cake to celebrate the airport’s first anniversary under the GIP ownership. Representative of Servisair, Transaero Airlines’ Handling Agent; a crew member operating the inaugural service; Head of the Cabinet of the Director (Diego Llorca); and the captain, cut the cake upon Transero Airlines’ arrival in Palma de Mallorca on 1 June. The Russian carrier operates weekly charter services from Moscow Vnukovo to Mallorca on Sundays using 737-800s. 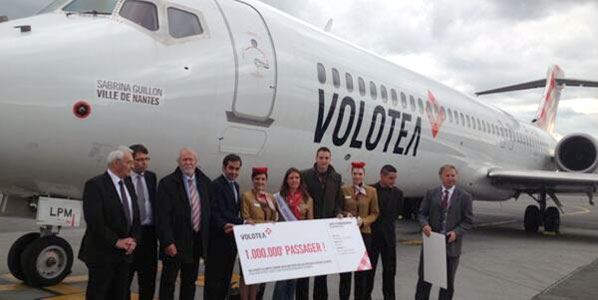 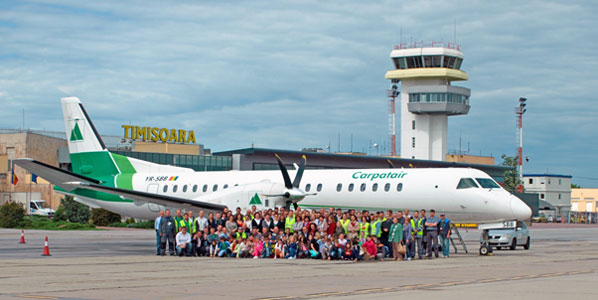 The last Saab 2000 left Carpatair fleet after 10 years of service last week, marking the airline’s transition to new business strategy focused on point-to-point markets. Nicolae Petrov, the airline’s President and CEO, said: "Today's event marks an important milestone in the company's history when smaller turboprop aircraft are replaced with larger jet aircraft. Thus, Carpatair is switching its strategy on developing point-to-point flights at those Romanian airports where the fair competition between the airlines is encouraged." 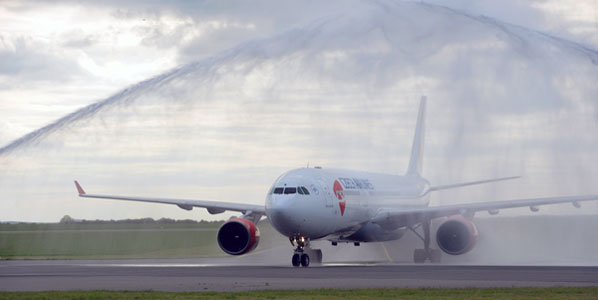 Delivered on 14 May, Czech Airlines’ new 330-300 is now operating the airline’s first long-haul service in four years. Read more about the new route from Prague to Seoul Incheon in the anna.aero report. 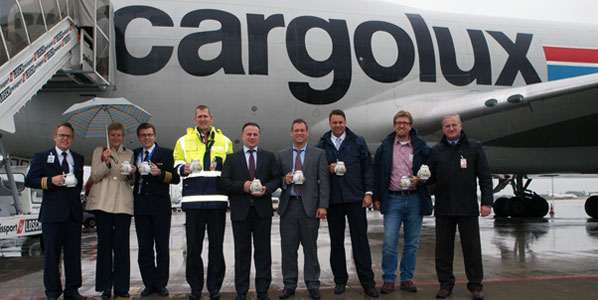 Cargolux and Munich Airport marked the launch of a regular weekly (Mondays) service between Atlanta and Munich via Luxembourg with a celebration in the Bavarian capital. 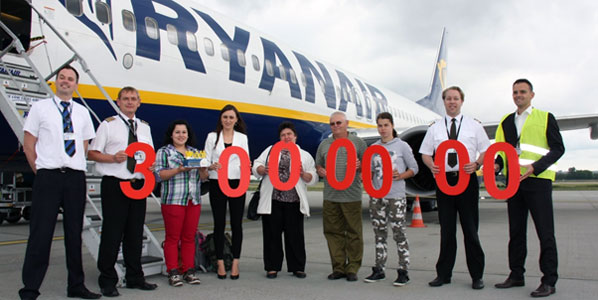 In Budapest, the surprised Leila Kovacsevics, aged 15 years, was the lucky three-millionth Ryanair passenger. She was travelling from Stockholm with her parents and her sister, Nikolett. Leila, who was enjoying her first ever flight experience, received a Ryanair voucher and celebratory cake to mark the occasion. Aalborg Airport celebrated its 75th anniversary with a grand party… and (as you do!) a whole new terminal. Amongst nearly 600 attendees were Henrik Dam Kristensen, the Danish Minister of Transportation; Soren Svendsen, the airport’s CEO; and Ryanne van der Eijk, GM AF-KLM. The airport has also prepared  a short video from the event, which you can watch here . 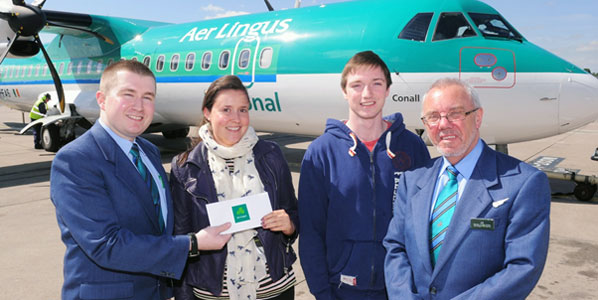 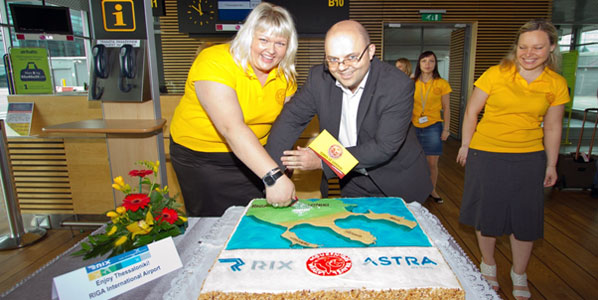 Riga Airport and Astra Airlines celebrated the launch of seasonal charter services from the Latvian capital to Thessaloniki. Special cake representing Kiev’s St. Michael’s Golden-Domed Monastery was served during the launch event for Ukraine International Airlines’ service from the Ukrainian capital to Athens. Cutting the cake during the ceremony for  the four weekly service, which commenced on 1 April , were Ioanna Papadopoulou, the airport’s Director Communications and Marketing; and the airline’s VP Sales, Anton Mattis. During a tour of the major extension to London Southend’s terminal, the airport’s MD, Alastair Welch, and Paul Cooper, Thomson and First Choice’s Airport Negotiations Manager, announced that the company will triple their service from the London airport next summer.