Icelandair adds St Petersburg and Zurich to its network “How else, if not with a volcano cake, would you greet an Icelandic crew on their first flight to Zurich at the start of June? With a little help of dry ice, the volcano even produced a small volcanic ash cloud!” (Photo caption courtesy of Nicole Hortobàgyi Brand, Zurich Airport’s Manager Marketing Services) 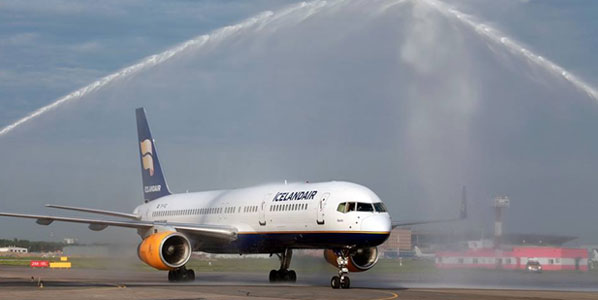 St Petersburg welcomed the arrival of Icelandair with the traditional watercannon salute.