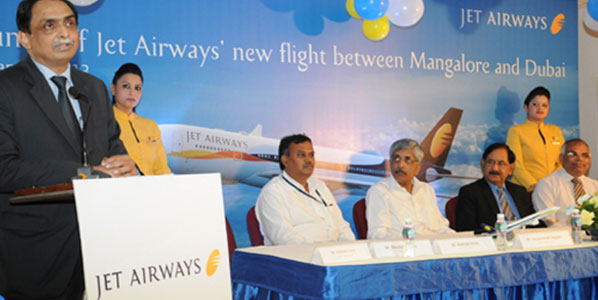 India's domestic air travel market declined by 4.3% in the last 12 months, but international traffic grew by 5.5% during the same period, helped by several new routes such as Jet Airways' January launch of international flights from Mangalore to Dubai.

The most recent monthly airport statistics report published by the Airports Authority of India (AAI) shows that passenger numbers were up 7.0% in March 2013 compared with March 2012. This was helped by the domestic market finally returning to growth (+5.2%), and the international market powering ahead (+12.0%). International traffic at Indian airports has been growing steadily once more after a blip in 2012, when demand fell year-on-year in July, September and October. 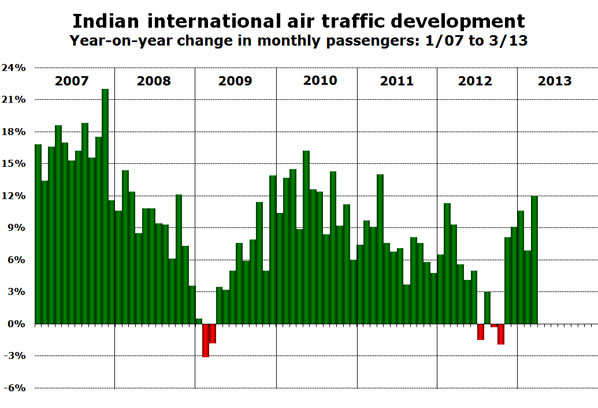 The demise of Kingfisher last year has resulted in a period of relative sanity in the Indian domestic market, with capacity not growing excessively, as airlines focus instead on trying to achieve consistent profitability. However, March 2013 represented the first time since May 2012 that domestic passenger numbers had shown a year-on-year increase. 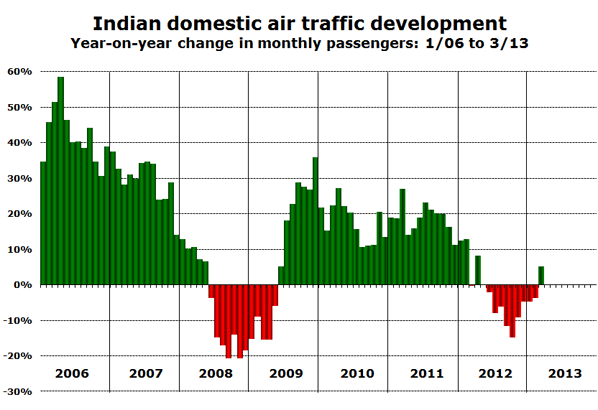 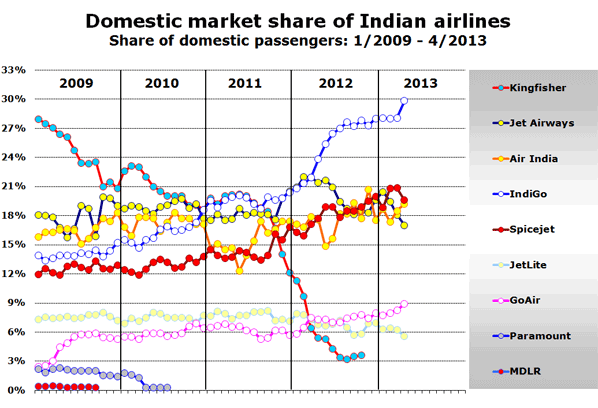 For the year-ending March 2013 total passenger numbers at India’s airports were down 1.9% to 159.3 million. A total of 23 airports handled at least one million passengers during that period. Among the top 15 airports, those with a high share of international traffic generally performed best, such as Cochin (+3.5%), and Calicut (+2.9%). 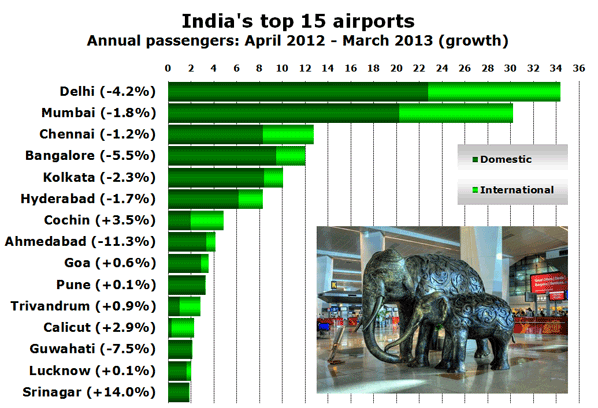