Paris Beauvais is Ryanair’s #8 airport, but still not a base 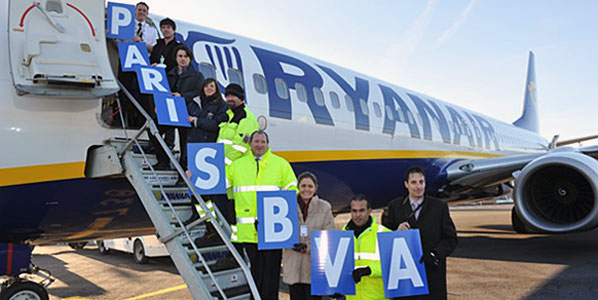 Paris BVA stands for Paris Beauvais Tillé Airport (to give it its full, official name). Ryanair has helped grow the airport, around 85 kilometres north of Paris, to almost four million passengers in 2012, making it Ryanair's eighth busiest airport, but it is still not a base.

Ryanair’s busiest airports are, not surprisingly, also major bases for the carrier. But there is one glaring exception – Paris Beauvais Airport. Due to Ryanair’s on-going disagreement with French authorities regarding interpretation of EU employment law, the Irish LCC now basically refuses to base any aircraft full-time in France. However, the Paris market is far too attractive for the carrier to be ignored, so instead it operates a network of almost 50 routes into Paris Beauvais Airport (some 85 kilometres north of Paris), using aircraft based at its many other European bases, and occasionally operating “W” flights, to enable it to serve destinations that are not bases. 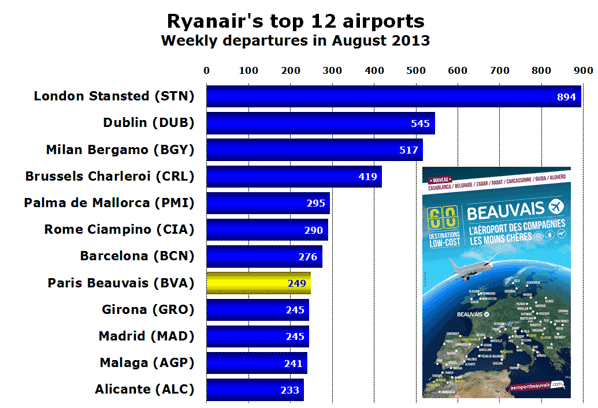 With almost 250 weekly departures this summer, Paris Beauvais ranks eighth among Ryanair’s airports, and by far the airline’s busiest non-base airport. Ryanair is the dominant carrier at the airport (which also currently has scheduled services from Air Moldova, Blue Air, Jetairfly and Wizz Air), and has helped it grow from under one million passengers in 2003, to almost four million less than a decade later. 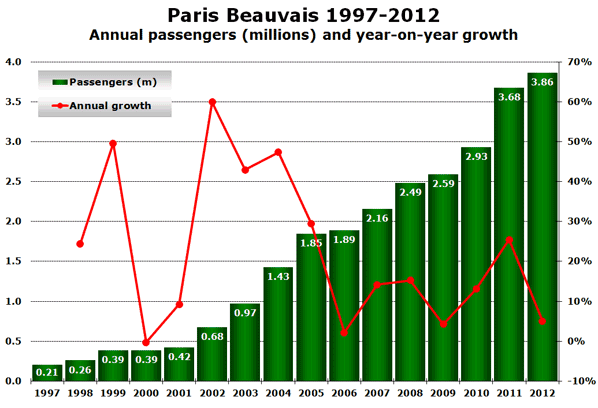 This summer Ryanair will be operating to 45 international destinations across 14 countries, plus three domestic routes. Since services began in 1997, Ryanair has started, but since dropped, an additional 14 destinations, including four in Italy and three in the UK.