Still not booked to go to next week’s IATA Slot Conference in Copenhagen? Check out our fares analysis! 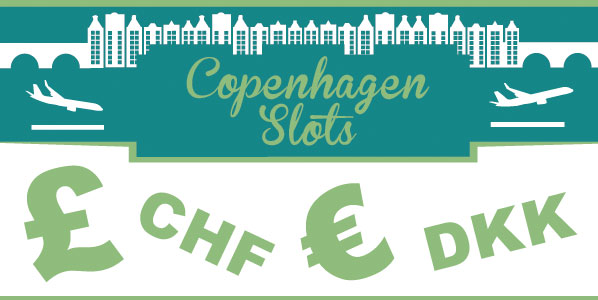 The 132nd IATA Slot Conference takes place next week in Copenhagen, and in case you haven’t yet booked your flights anna.aero has conducted an analysis of return air fares from some of Europe’s leading cities. We chose major cities that were served by more than one airline with at least daily flights; Amsterdam, Berlin, Barcelona, Brussels, Düsseldorf, Frankfurt, Helsinki, London, Oslo, Paris, Rome and Zurich. Fares were determined based on the following assumptions:

With most airlines operating multiple daily flights, some flexibility was allowed to try and find a balance between schedule quality and price, though this is clearly a subjective issue. Our downloadable spreadsheet makes it clear which flights were selected for each airline, on each route.

On the whole fares and rankings reflected what might be expected based on the reputation and cost-structure of the airlines, with LCCs (easyJet, Norwegian and Vueling) being cheaper than their legacy rivals. The table also includes sector length and a column that calculates cost (in Euros) per kilometre flown. Over reasonably short-haul sectors within Europe, airline costs do not increase in a linear fashion with sector length, so comparing these figures across different length routes would be unwise.

In terms of price per kilometre flown Barcelona offers the best value with easyJet and Norwegian, though this is also the longest route. However, the fares offered by these carriers on this route are still less than half of what SAS is charging on the Frankfurt route, which is less than half the distance.