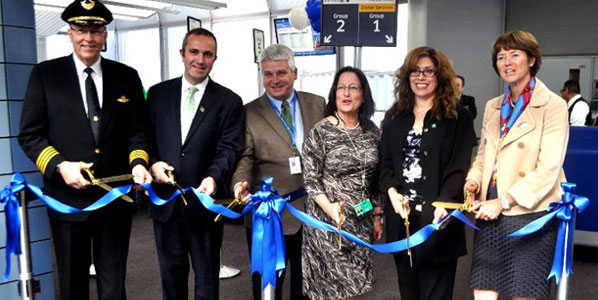 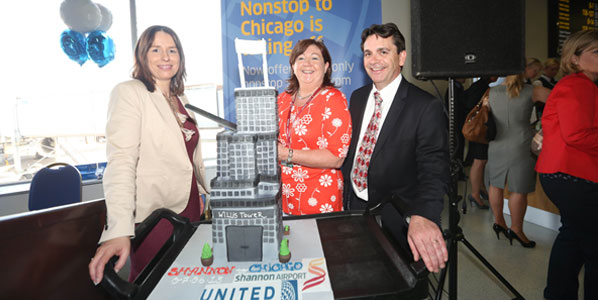 United Airlines’ HQ, the Willis Tower (formerly known as the Sears Tower) in Chicago was represented within the cake creation for the airline’s inaugural flight from Chicago O’Hare to Shannon. Posing for a commemorative picture are Isabel Harrison, Mary Kennedy and Declan Power, Aviation Development, Shannon Airport, whose affinity for spectacular bakes was behind the airport’s Cake Prize win two weeks ago.