China Southern Airlines became the first Chinese and 10th worldwide 787 customer last month, when it took delivery of the first of the 10 Dreamliners it has on order. The carrier will first operate the 787 on domestic routes before introducing it on long-haul services.

Following the mixed results achieved by the two manufacturers in April, Airbus and Boeing combined scored their best May since anna.aero began tracking deliveries in 2008. With the total aircraft deliveries standing at 45 and 64 respectively for the two manufacturers during May, Boeing improved its performance as compared with May 2012 by almost 50%, while Airbus maintained the same number of airframes delivered. 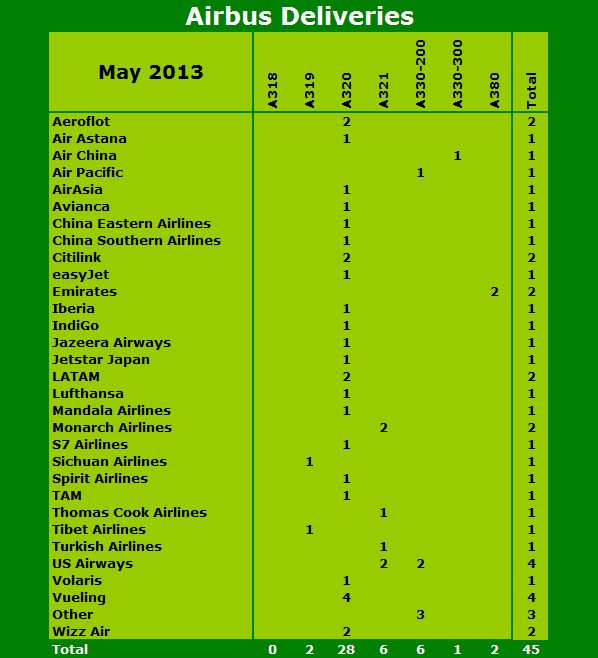 Airbus closed the month with a total of 45 delivered units, which constitutes 13 units less than the amount delivered in April 2013, and the same amount as in May last year. In the first five months of 2013, Airbus delivered 247 units, an increase of 8% on the same period of 2012.

Deliveries in May were yet again led by the A320 family, with a total of 36 single-aisle jets provided to airlines worldwide. At four units each, US Airways and Vueling were the two carriers to receive the most airframes from Airbus last month. US Airways, currently the largest Airbus operator worldwide (a total of 264 units), took delivery of two A320s and two A330s, while Vueling took four A320s. Air Astana, the national carrier of Kazakhstan, saw its first sharklet-equipped A320 join its fleet, becoming the region’s first airline to benefit from the increased efficiency of the type.

Nine wide-bodies were delivered in May, five less than in the preceding month. The only airline to receive more than one wide-body apart from US Airways was Emirates, which saw two A380s join its fleet 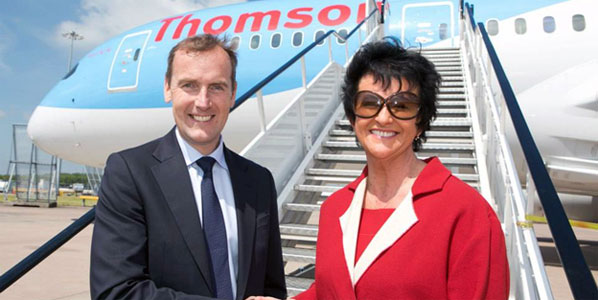 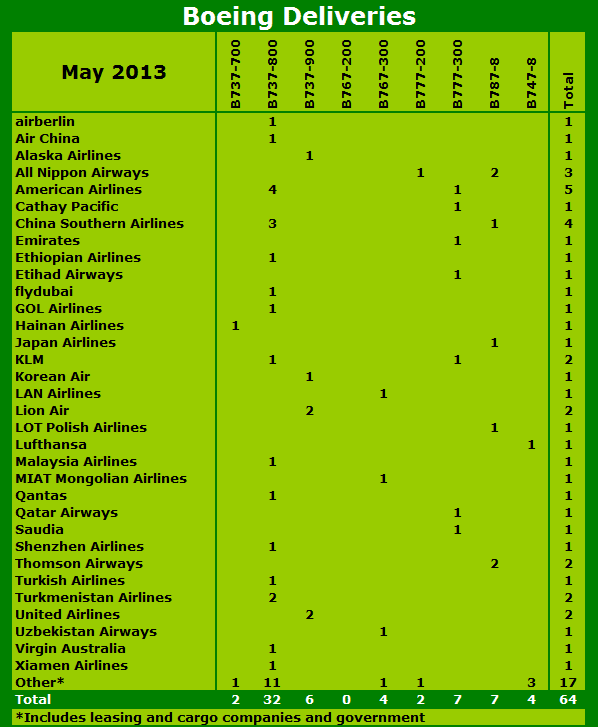 Airlines received a total of 40 narrow-bodies from the American airframer, three more than in the preceding month. American Airlines and China Southern Airlines were the largest recipients of the 737 family aircraft last month, as they took four and three aircraft respectively. The only other carriers to receive more than one narrow-body unit from Boeing in May were Turkmenistan Airlines (two A320s), Lion Air and United Airlines (two A321s each).

17 more wide-body units were delivered in May 2013 than in April, the US air framer also improved its year-on-year performance, delivering 11 units more than the 13 it managed in May 2012. MIAT Mongolian Airlines received its first ever directly purchased jet, when it took delivery of 767-300ER on 13 May. Following the stoppage in 787 deliveries in recent months, Boeing reinstated them in May, delivering as many as seven units of the type during the month. In addition to aircraft delivered to existing 787 customers – All Nippon Airways, Japan Airlines and LOT Polish Airlines, China Southern Airlines and Thomson Airways took deliveries of their respective first units of the type.