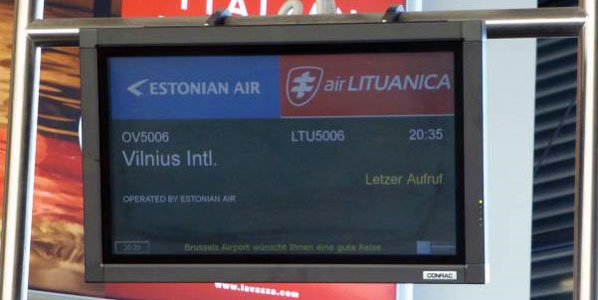 Lithuania’s new flag-carrier, Air Lituanica, started flights on its first route between Vilnius and Brussels. The carrier starts its operations with three routes, two of them, Amsterdam and Berlin, had previously disappeared from Vilnius Airport’s network after the bankruptcy of ex-flag carrier FlyLAL in January 2009.

The new Lithuanian start-up airline, Air Lituanica, launched its inaugural flight from Vilnius to Brussels last Sunday. The airline aims to become the most convenient way to reach Lithuanian capital with 15-20% of market share in the first three years of operations. The freshly launched six-weekly flights to Brussels will be followed by the daily Amsterdam and four-weekly Berlin Tegel services commencing 8 July and 5 August respectively. From September, the carrier has planned to boost Amsterdam flights to twice-daily and also introduce Moscow, Prague and Munich destinations to its network.

The previously served routes of Amsterdam and Berlin were severely affected by the financial crisis which hit Vilnius Airport’s route network in early 2009. Innovata’s data analysis for the last 10 years shows a fluctuating profile in available seats in Air Lituanica’s three launch routes. The annual one-way seat capacity to Amsterdam reached its peak in 2008, accounting for 81,000 seats, but dramatically fell to 0 in the following year, after the bankruptcy of the former flag carrier FlyLAL. The historical data for Berlin route shows a parallel trend. 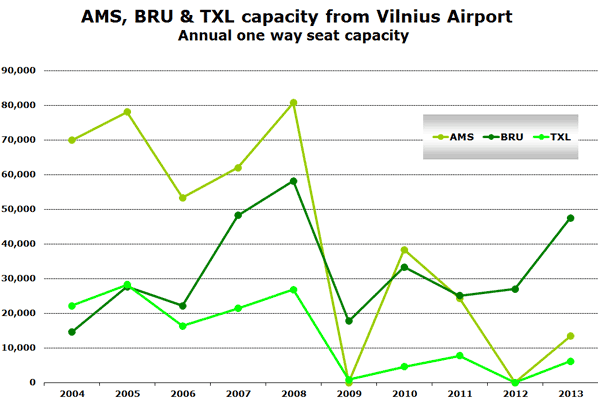 Meanwhile, the route to the Belgian capital is currently served six times weekly by Brussels Airlines, meaning that new capacity added by Air Lituanica will boost the one-way offering by 60% to 1,213 seats, bringing it back to the similar pre-crisis levels of 2008 (1,343 weekly one-way seats July 2008). 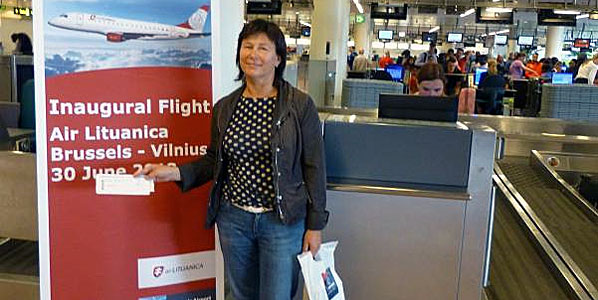 Check-in: Passenger Džulieta Armonienė was visiting a beer festival in Antwerp for the weekend, and originally had a return ticket via Copenhagen. However, her flight to Copenhagen was cancelled that evening and she was re-booked onto the inaugural flight with free cake and champagne. 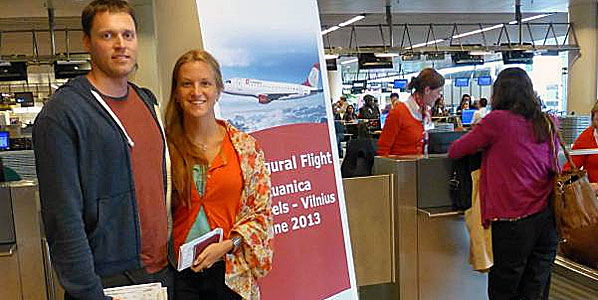 Check-in: Passengers Jonas and Airida Prenskai were returning from the Dominican Republic back home to Vilnius, however they arrived late in Brussels and missed their connecting flight. Hopefully the celebratory atmosphere on the inaugural flight smoothed the stress and allowed them to forget the expenses experienced in purchasing a brand new last minute ticket to Vilnius. 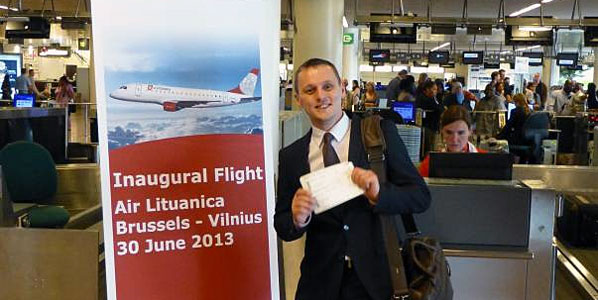 Check-in: anna.aero’s associate editor Tadas Juozonis was the first passenger to check-in onto the inaugural flight to his home city of Vilnius. The opening speeches by Air Lituanica’s CEO Erikas Zubrus and Brussels Airport’s Commercial Director Jos Stroobants. The airline believes that Lithuanian Presidency of the Council of European Union, which began on 1 July, will drive the success of the route. The flight from Vilnius landed 10 minutes ahead of schedule, allowing extra time for passengers and special guests to enjoy the event at Brussels Airport, and of course the cake. The Lithuanian welcoming smile on board. 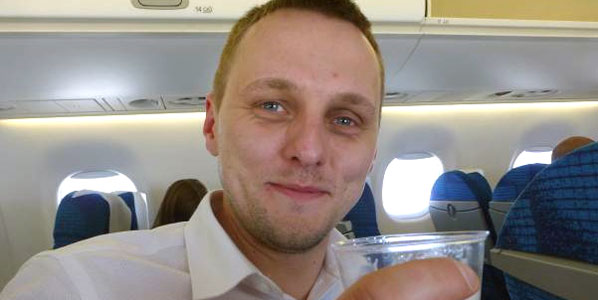 On board: anna.aero’s Juozonis was keen to taste some Lithuanian beer, but Air Lituanica could offer only the Dutch one! 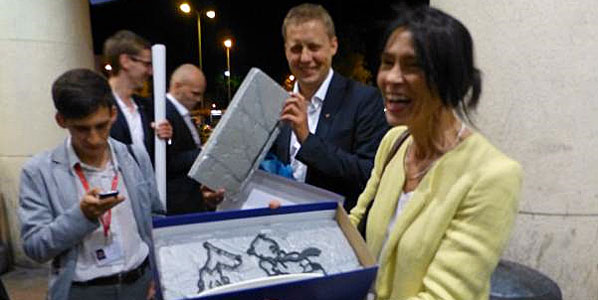 In Vilnius: upon arrival, contributing editor of Aviation Week Cathy Buyck was very curious to check the presents which Air Lituanica’s CEO received from Brussels Airport. 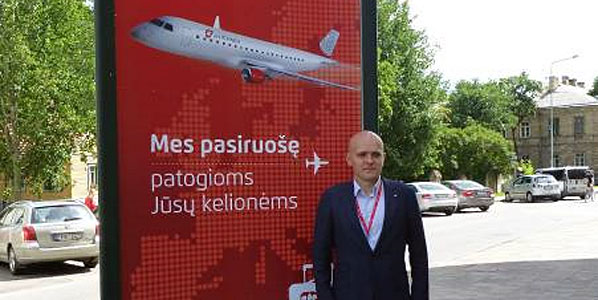 Lunch for journalists: Editor of Belgian Aviation magazine ‘Fasten Seatbelts’ Eric Nuyens, was pleasantly surprised that the airline invited journalists for lunch in the restaurant which was used previously by world leaders during their official visits to Lithuania. 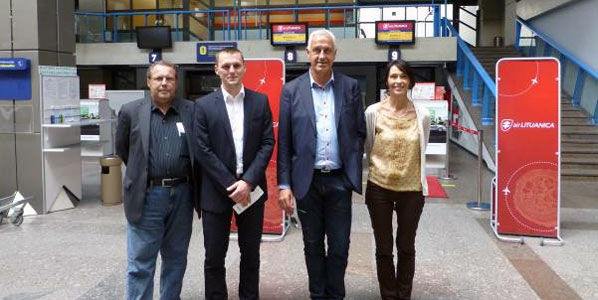 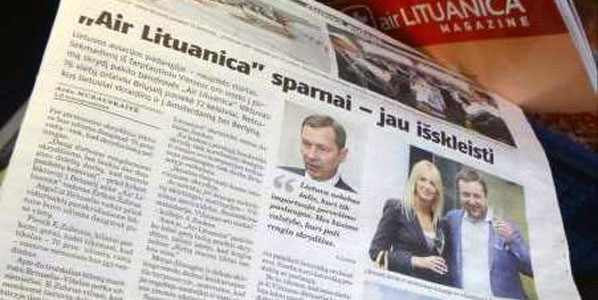 Newspaper on board back to Brussels announces about the start of Air Lituanica’s flights.