Vueling celebrated its seven intercontinental routes launched this summer, including the latest  service to Beirut , with an open-air party at Barcelona Airport. 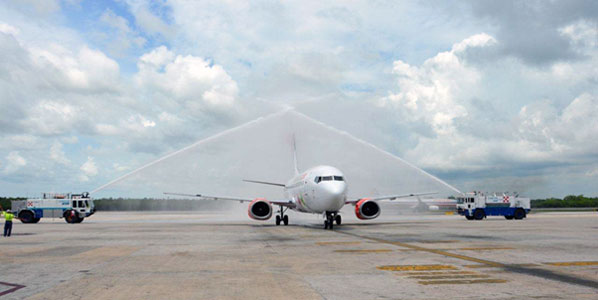 Vivaaerobus’ inaugural flight from Oaxaca to Cancun took off on 27 June, followed by the Tampico to Cancun service on 1 July. Both routes are operated with twice-weekly frequencies year round. Orlando Sanford became the first airport in Florida to welcome the Dreamliner last Monday with the arrival of Thomson Airways’ flight from Manchester.