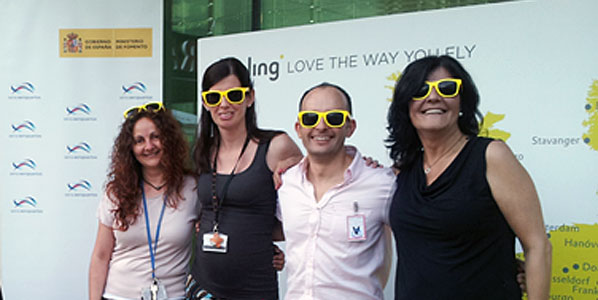 While not quite up there yet in terms of tourist appeal as neighbouring Morocco and Tunisia, Algeria has plenty of potential to develop into a successful travel destination of its own. anna.aero’s recent analysis of the country’s main airport in Algiers has shown that changes are already underway with traffic figures climbing by at least 10% in 2011 and 2012.

Examination of annual capacity data from Innovata shows that the growth of air traffic in Algeria has been largely driven by international services, whereby more than twice as many seat-miles were available in the market in 2012 than in 2003. 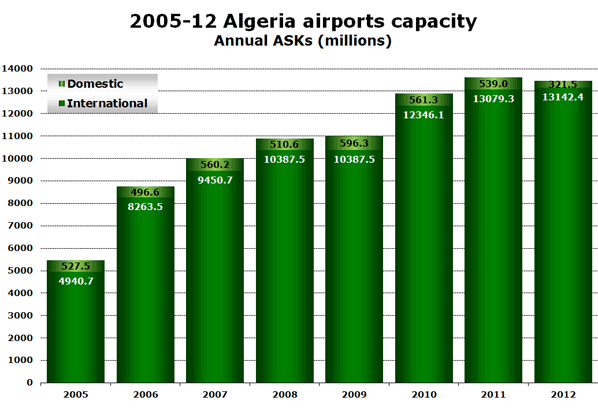 However, the decision by Air Algerie to slash its domestic network by 60% in 2012 when compared to 2011 resulted in marginal decrease of the overall capacity offered in Algeria last year.

In August 2013, Air Algerie will have recovered its 2011 capacity, offering 521 weekly domestic departures, up from 217 in the corresponding period of 2012. The airline is also the undisputable #1 domestically, whereby it commands as much as 92.2% of weekly frequencies and 91.2% seats offered on domestic routes within Algeria. Tassili Airlines is Air Algerie’s only competitor in the domestic market. 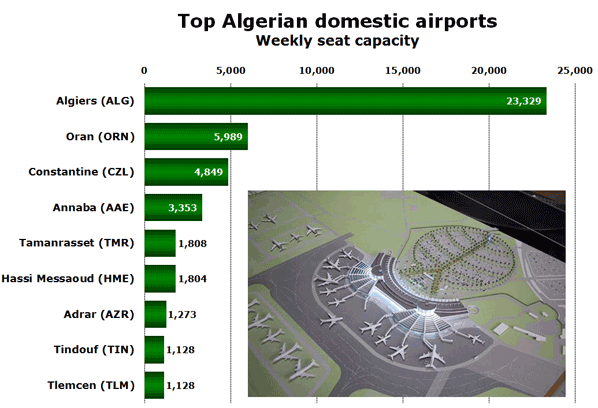 Algiers Airport controls as much as 44.5% of domestic activity in terms of weekly seats this August, owing to its position as Air Algerie’s main hub. Airports in Oran and Constantine, located to the west and to the east of the capital respectively, command 11.4% and 9.3% of weekly seats.

Algeria’s strong cultural and economic links to France make it the largest international market with four of top 12 international destinations being French. #1 is Paris Orly, which is served by Air Algerie and Aigle Azur with combined 123 weekly departures from Algerian airports this August. Both carriers also provide links from Algeria to Paris CDG, as does Air France, bringing up the total of weekly flights to this French airport to 66. 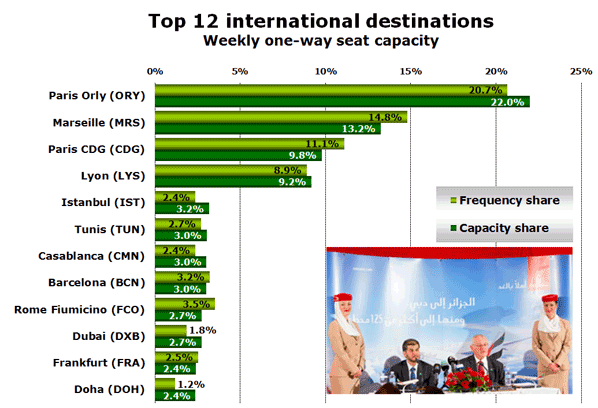