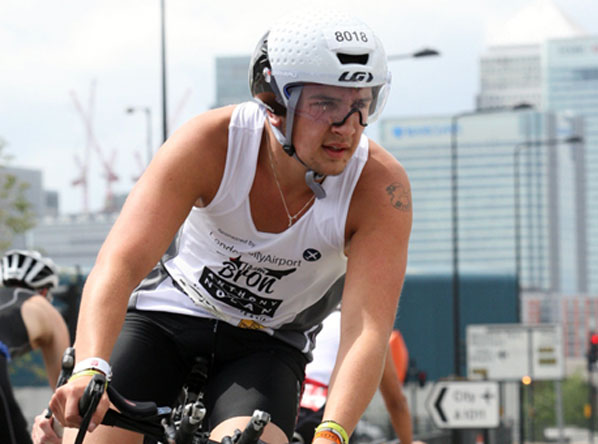 Max Hogan dashes past the anna.aero TeamBron-sponsoring London City Airport to finish in third place in the 17-19 age group in the 11,000-participant event.

TeamBron is named after Brontë Hogan, anna.aero publisher Paul’s 12-year-old daughter who lost her five-year battle with leukaemia in 2011 despite two bone marrow transplants, both organised by Anthony Nolan. Since then, anna.aero’s TeamBron has raised over €150,000 through marathon and triathlon participation, much of it contributed by anna.aero readers and customers (and our 2013 Virgin London Marathon sponsor London Gatwick Airport, like LCY, another Global Infrastructure Partners-owned airport).

Once again Paul’s team mate and eldest son Max (18) finished in third place in the 17-19 age group in the 11,000-participant event, completing the 1.5km swim, 40km cycle race and 10km run in 2 hours 39 minutes – a whole seven minutes faster than last year’s event, which took place in winter conditions after the date was shifted so the Docklands venue could be used for the London Olympics.

anna.aero’s much older great publisher was beaten by several World War I veterans into 79th place in his 50-112 age group with a time of 2.49 – about five minutes slower than a personal best, but not bad considering the old-timer had knee surgery exactly a month ago. 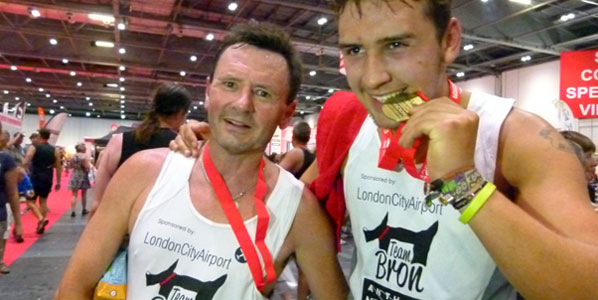 “anna.aero is proud to wear our TeamBron shirt and, once again, I am delighted it’s emblazoned with the logo of London City Airport – this event takes place in the tangy-tasting Thames water that flows around LCY, where the constant arrivals and departures over the heads of swimming competitors serves as the very best advertisement for this award-winning airport,” said Hogan in between gasps before being removed for further medical treatment. (Photo: Auntie Bid) 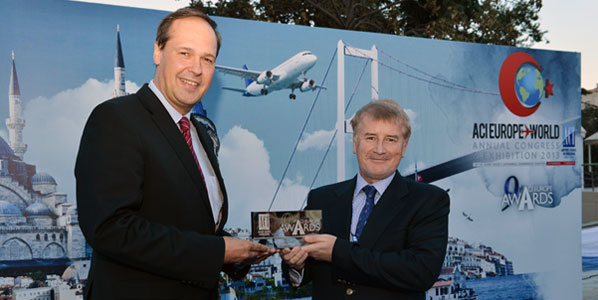