Arriving just in time for the start of the Chinese New Year, China Southern Airlines began serving Cairns in Australia at the end of January. Chinese airlines are still growing faster in the domestic market (+11.1%), than in the international market (+9.9%) during the first half of 2013.

The number of passengers travelling on Chinese airlines in the first half of 2013 has increased by an impressive 11% to just over 168 million. Figures from the Civil Aviation Administration of China (CAAC) reveal domestic traffic (+11.1%) is still growing slightly faster than international traffic (+9.9%). The slightly erratic trend in January and February reflects the fact that the Chinese New Year fell in February in 2013, whereas in 2012 it took place at the end of January. 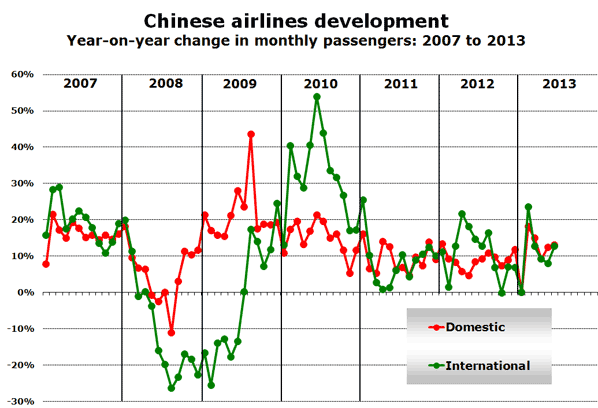 Analysis of Innovata / Diio Mi schedule data for the third quarter of 2013, currently indicates that total seat capacity for all airlines at Chinese airports is up 13.5%, compared with the same period last year. During this period, the number of available seats at Beijing Airport is up only 2% compared with 2012. 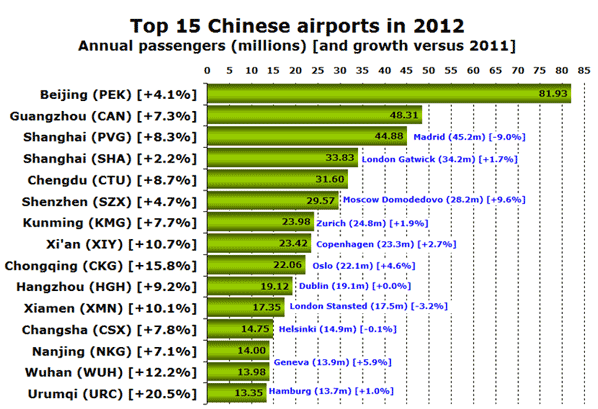 British Airways off to Chengdu; Hainan Airlines to serve Chicago

New international routes starting between August and the end of this year by Chinese airlines include:

New international routes starting between August and the end of this year by non-Chinese airlines include: