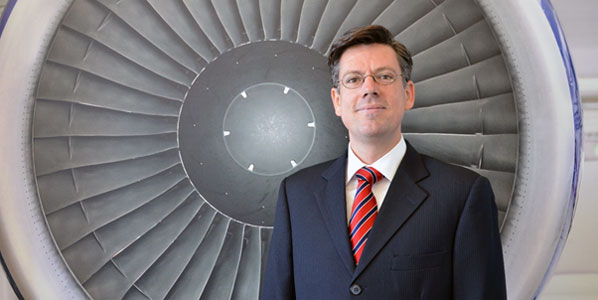 Thomas Cook Airlines Group (TCAG) has issued two requests for proposals (RFP), the first being for additional frequencies to current long-haul destinations in its network out of new European departure airports that can be served by its existing 767 or A330 fleets on an inside W-pattern (out of the destination). The second RFP is looking to add new long-haul points in the Americas, Asia and Africa from its existing European departure points.

The reason for the RFPs is that presently in its S13 schedules, TCAG employs five of its 20-strong fleet of long-haul aircraft on short- and medium-haul sectors; in the winter the spare capacity drops to three aircraft. anna.aero discusses the RFPs with Jens Boyd, Head of Group Long-Haul at the group to understand how airports, and their partner tourism bodies, can secure some of the reallocation of TCAG’s capacity.

anna.aero: What is TCAG looking to get out of the RFP process?

Jens Boyd: In particular, we are seeking to obtain insightful traffic analysis, projections and firm proposals of commitment and incentives, which will be used to steer our long-term network planning process.

aa: Has TCAG done this type of thing before?

JB: We have never done it in such a structured manner before, as we are looking for the airline, tour operators, airport, tourism board, hotel operators, and travel agents to work together to deliver a positive result. In the past, a tourism authority may have come to just the tour operator, a decision is made and the airline is just seen only as a part of the tour operator. This is perhaps why long-haul routes have not been continued in operations, and also why there has been limited growth to new markets, as adding this type of flight is higher cost and higher risk than for short-haul. We are also looking to use our experience of developing our scheduled network, of using passenger data like MIDT to make more informed decisions, as we did in our recent North American expansion.

aa: Are you looking to tie-up all the spare capacity available for W14/15 and S15 from these RFPs, or do you think the process may have to be repeated next year?

JB: We will take that decision once we have gone through the process. We are looking to add say two relevant European departure airports, as well as two new global destinations in this iteration. But clearly, as we have the spare capacity, we could look to add more new network points if the business case is right and the strong partnerships with all stakeholders have been established.

aa: In the departure airport (from Europe) RFP it mentions that feed from domestic and regional airline partners like Lufthansa, SAS, LOT is closely integrated to the TCAG product – surely this gives preference to unserved airports like Berlin or Düsseldorf for example, where there is significant presence with Lufthansa?

JB: Feed into the airport is important, particularly when we are talking about niche destinations where there is limited demand at the origin, but we are not limited to those feeder carriers. If Brussels Airport thinks it has the potential to become a new departure point, then they may wish to propose we work with Brussels Airlines on a feeder agreement. Similarly, if Dublin wants to talk to us, it might be important that an airline like Aer Lingus is involved in any discussions we may have. So it is down to the airport in question to suggest who we could work with.

aa: Do you think the margins achieved on seven long-haul sectors per week will be higher than those generated by the 10-20 short- and medium-haul sectors these aircraft are currently flying?

JB: The overall cost position of a long-haul aircraft operating on a short-haul route is always going to be much worse. 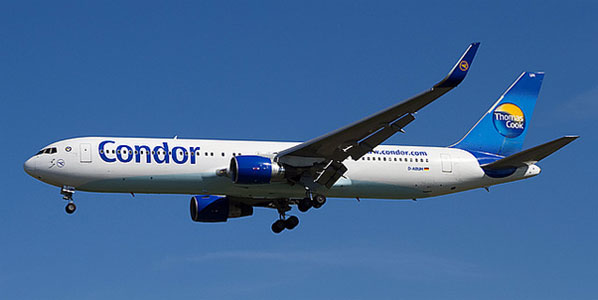 It’s all about partnership. Thomas Cook Airlines Group has 767s with spare capacity for W14/15 and S15 – wouldn’t they look great flying from your airport? Talk to your local tourism body and hotel operators and you could soon have a service.

aa: What is going to happen to these short-haul sectors, will the capacity be replaced seat-for-seat?

JB: We will be back-filling this flying with a combination of our own fleet or by using ACMI providers. It is always good to have a percentage of the latter in order to reduce our risk to unpredictable market changes.

aa: Could airports “buddy-up”? For example, a new European airport with a new Caribbean destination.

JB: Yes they can – it’s in the RFP. So, for example, if Birmingham Airport thinks that in addition to a strong leisure demand, there is also local VFR traffic to Antigua, then we would consider that type of opportunity. In many ways, this style of approach, with both ends of a potential route working together, is taking this process to the next level.

aa: What percentage of TCAG long-haul’s costs are allocated to airport charges?

aa: On that basis how important is the ‘airport deal’ – isn’t it more important that the business case works?

JB: You are absolutely right. The business case needs to work in the long-term, as often these new route incentives expire anyway. What we are encouraging our airport partners to do is to consider the total costs of operating from their airport. For example, how competitive are the prices fuel providers charge, or indeed ground handlers? This is important when we are considering two airports in a particular region. We were evaluating two airports situated close to each other, where the larger airport’s landing charges were three times more expensive than its smaller competitor. However, our other costs at the bigger airport were so much cheaper than those levied at the smaller airport that no amount of incentive was ever going to recover the savings of operating into the larger airport.

aa: In terms of the prospective global leisure destinations are you looking for the airport or the tourism body to take the lead?

JB: We think that airport needs to take the lead, and also to take on a broader role in the overall partnership. They are many airports which are very good at telling us about their new check-in halls or improved security processing times, but still very few take on the responsibility of being the ‘champion’ in terms of pulling together all of the other stakeholders from the destination that we want to be included in this process.

aa: Many of your existing destinations are tried and tested – is TCAG prepared to try unproven markets that are not as well-developed in order to create fresh markets for its customers?

JB: Absolutely. Last winter we started services to Siem Rep (Cambodia), San Juan (Puerto Rico), Yangon (Myanmar) and Cape Town (South Africa). Puerto Rico and South Africa will return again for this winter, in fact Cape Town may actually be increased. So while this route churn rate is almost as bad as those from low-cost carriers, we are committed to exploring network white spots where customers want to go, but can’t easily get there. In the past, we have even considered places like Siberia! We know that there are lots of Russians that take holidays near Lake Baikal, so we were interested to see why and whether it would work for us. In the end, all of the components were not there to make the numbers stack-up, but yes we are keen to fill a void perhaps where a normal scheduled airline is not prepared to go.

For those airports who wish to register their interest in responding to these RFPs, can contact Jan Wilken Bellmann – Jan.wilken.bellmann@condor.com – at Thomas Cook Airlines Group.