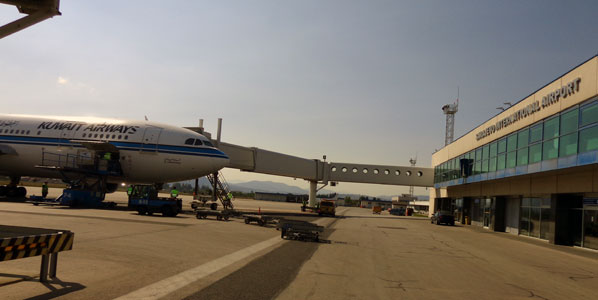 Kuwait Airways has just launched twice weekly Sarajevo services. Half of the airline's fleet comprises old A300s and A310s, with no sign yet of what the airline intends to replace them with. (For the latest new route analysis see here.)

Unlike other airlines based in the Middle East, Kuwait Airways has shown no inclination to grow significantly in recent years, trouble as it has been by poor financial results. The fact that the most recent story on its English-language website dates from 2010, and that half of its active fleet consists of old A300s and A310s, confirms the airline’s position as a potential sleeping giant. While Kuwait Airport is building a major new terminal to help cope with growing passenger numbers, the airline is still to even finalise its fleet renewal plans, with both Airbus and Boeing apparently still in the running. The rest of the airline’s existing fleet comprises three A320s, four A340s and two 777s.

The airline’s position has not been helped by the emergence of Kuwait-based Jazeera Airways, which competes (profitably) on a number of key routes. 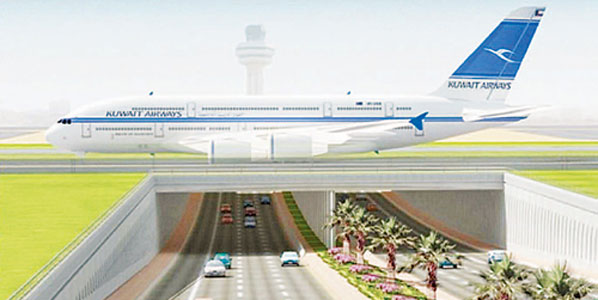 Sleeping giant? You don't hear much about Kuwait Airways, although the Directorate General for Civil Aviation has announced major plans for airport development and what it cryptically calls "improvement of civil aviation services." While the airline hasn't announced it's fleet renewal plans this A380 curiously turned up on the DGAC's most recent airport designs.

Importance of London and New York 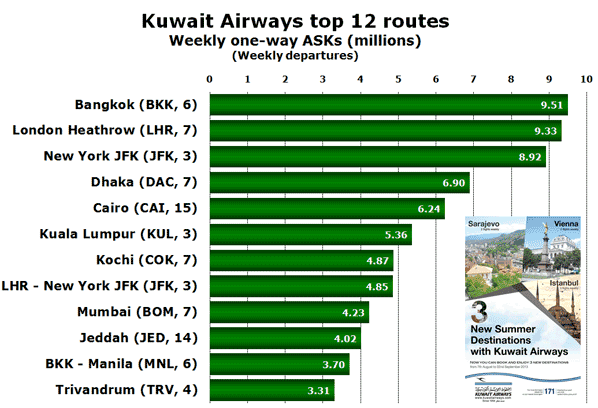 Other European destinations served are Frankfurt, Geneva, Paris CDG and Rome Fiumicino, while Istanbul services have recently been transferred from Atatürk to Sabiha Gökçen. In total the airline serves almost 40 destinations non-stop, with only Cairo, Dubai and Jeddah served with at least double-daily flights.