Memphis Airport: AirTran Airways/Southwest Airlines touch down in the land of the Delta Blues 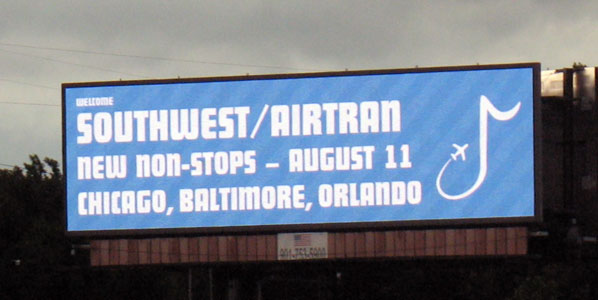 A billboard on Interstate Highway 240, Memphis, announces the new AirTran routes during evening rush hour. According to Teresa Kindrick, AirTran’s Station Manager at MEM: "It was a fantastic first day with load factors on all three new flights above 90%." (Photo: Janice Young, MEM)

Things are looking up in Memphis. But it may get a little bit harder before it starts getting better. Before completing its merger with Delta Air Lines in early 2010, Memphis International Airport was the third biggest of Northwest Airlines’ three major hubs (the others being Minneapolis/St Paul, and Detroit). Unfortunately, the airport is only just over 500 kilometres from Delta’s monster hub at Atlanta. As a result, it is no great surprise that Delta has decided to de-hub the airport over the last couple of years, with the process coming to an end at the beginning of September, with the termination of 10 more routes.

In the last two years alone, passenger numbers at the airport have fallen by almost a third, from 10 million to well under seven million. However, last week saw AirTran Airways expand its presence at the airport with the launch of three new routes, which will become Southwest Airlines routes in November. At that time Southwest will also add flights to Houston Hobby in Texas, and Tampa in Florida. 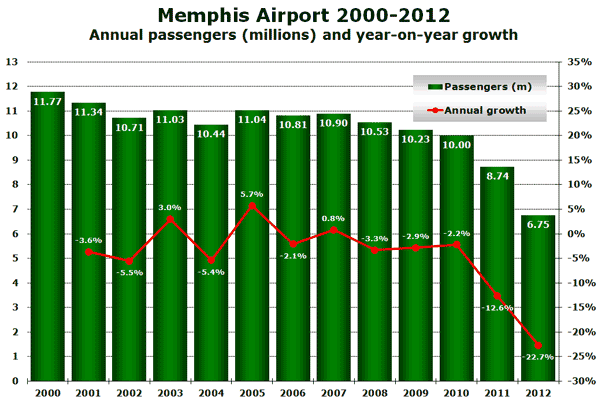 Passenger numbers in the first half of 2013 have fallen by a further 33%, suggesting that the airport will do well to reach the five million mark by the end of the year. The airport’s true seasonality profile is somewhat masked by Delta’s recent cutbacks, but entering the airport’s 2012 data into anna.aero’s SVID calculator, produces a score of 2.3 (“Good”). 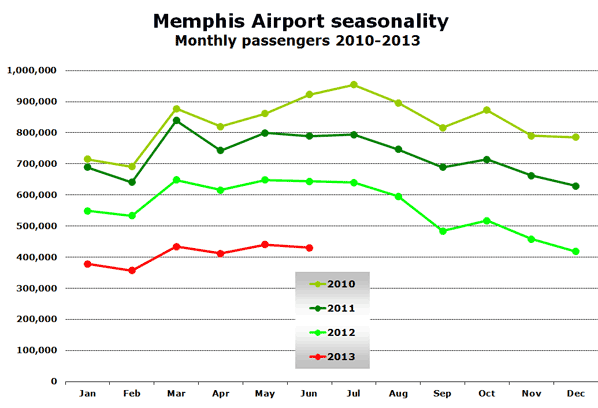 Walking (away) in Memphis; Delta drops two-thirds of routes

A comparison of schedule data reveals that in September 2010 Delta served some 85 markets non-stop from Memphis. Come the middle of September this year, Delta will be offering passengers just 29 destinations without having to change aircraft. However, despite this, it will remain the dominant carrier at the airport with 62% of weekly seat capacity and 57% of flights. AirTran’s new routes, which complement its existing Atlanta service, will give it 11% of seats, moving it up to second place. United Airlines, with 87 weekly departures spread across its four bases of Chicago, Denver, Houston and Newark, ranks second in flights with 12%. 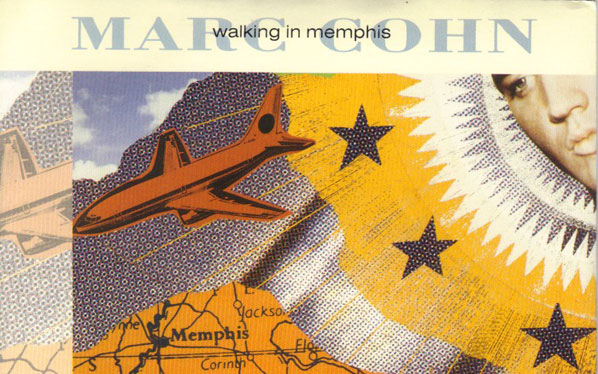 * Walking in Memphis was a big global hit in 1991/92 for singer/songwriter Marc Cohn, which was subsequently covered in 1995 by Cher. The original limited edition CD cover featured what appears to be a Pan Am 737-200. Nobody knows why.