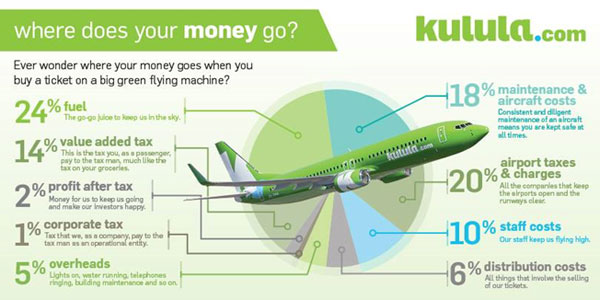 Airline economics courtesy of kulula.com. Since the demise of 1time last November, the South African domestic market has become a virtual duopoly between two companies, South African Airways (SAA) and Comair. SAA operates flights under its own name, as well as its own LCC, Mango, while Comair operates full-service flights on behalf of British Airways, while also having its own LCC, kulula.com.

Passenger numbers at South Africa’s three busiest airports (in Johannesburg, Cape Town and Durban) have fallen by 1.8% to 15.43 million in the first six months of 2013. Much of this can be explained by the collapse last November of 1time, a local LCC, that had been operating primarily in the domestic market since February 2004. On the plus side, international passenger numbers at the country’s major international gateway of Johannesburg’s OR Tambo International airport, have risen by 4.8% in the period January to June. 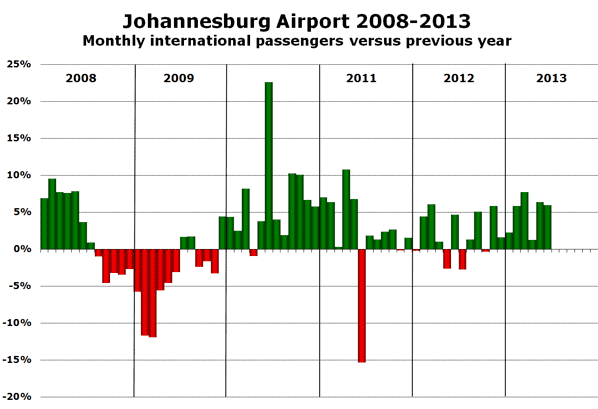 The big spike in June 2010 (and corresponding dip in June 2011) can be explained by South Africa’s hosting of the FIFA World Cup that summer.

International traffic up, domestic traffic down

Analysis of the traffic mix at Johannesburg airport over the last decade reveals that total passenger numbers peaked in 2007 at 19.3 million. Since then domestic traffic at the airport has fallen by 13% from 11 million to 9.6 million, while international traffic has risen by 9% from 7.5 million to 8.2 million. 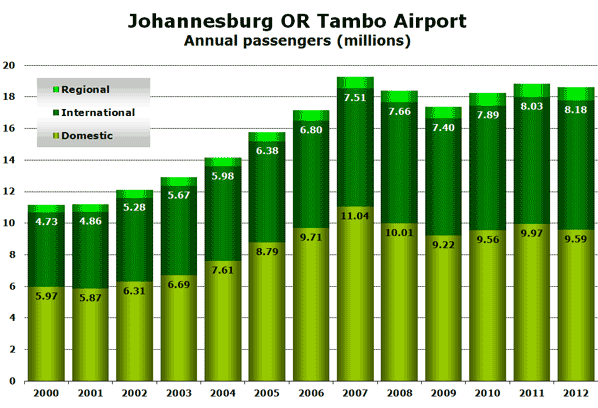