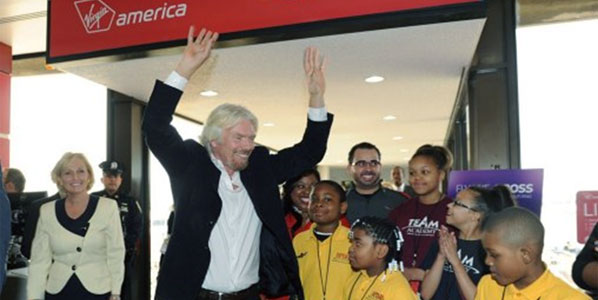 Yippee! The place to make money in the airline industry does, once again, seem to be America. After beginning Newark services in April (illustrated by the bearded billionaire in the photo) Virgin America has just posted a quarterly net profit, the second in its six year history which its CEO, David Cush, did partially attribute to “launching Newark service just three months ago.

According to Airline Weekly, US airlines enjoyed their best second quarter (from a financial perspective) for more than a decade. Confusingly, the last time US carriers enjoyed such profits the US economy was booming and fuel was cheap, whereas now the opposite is true. So what’s changed? Well, there has been considerable consolidation among the largest carriers, which in turn, has reduced the previous tendency of airlines to add more capacity than was necessary. Even Virgin America, with its fleet of over 50 narrowbody Airbus aircraft, reported its first ever Q2 profit, helped by a marked slowdown in its rate of growth. 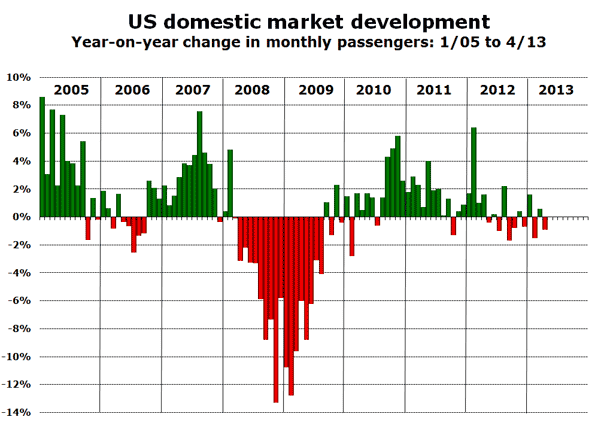 This week sees a major update to anna.aero’s free, downloadable spreadsheet of new routes started by US airlines since 2010. So far in 2013 we have logged 221 new routes started by 19 US-based carriers. Southwest Airlines leads the way with 44 new airport-pairs, followed by Delta Air Lines with 30, United Airlines with 25, and Spirit Airlines with 22. We also have details of 121 new routes that US carriers have announced, that will start between 20 August and next June. We will continue to keep this spreadsheet updated on a regular basis.