Szczecin bakes a cake; Comiso celebrates award for enterprise and the fledgling falcon sinks it talons into Budapest 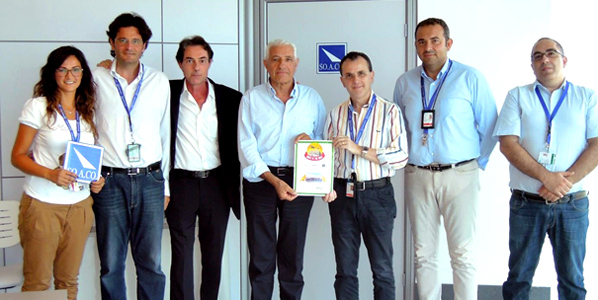 On 18 August, Sólyom Hungarian Airways arrived at its new base, Budapest Airport. The brand new carrier is set to be a replacement flagship for Hungary following the collapse of Malev in early 2012. The carrier will start off operating charter services at first, whilst all the permits and operating certificates are secured for its six leased aircraft. Jozsef Vago (CEO Solyom) said, "The new airline would initially fly its six aircraft to 22 destinations, including six European capitals”. Sólyom, which means falcon, saluted Budapest with a low flypast in a Boeing 737-500, and the salute was then retuned on the ground by Budapest firefighters with a traditional water arch.