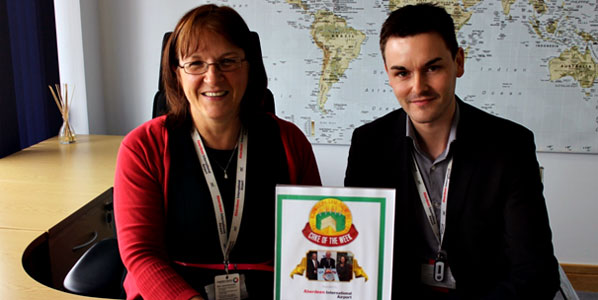 Aberdeen International Airport gratefully received its anna.aero Cake of the Week prize for the superb Viking cake presented to bmi regional on the launch of its new route between Aberdeen, Scotland and Kristiansund, Norway on 28 August. Carol Benzie, Commercial Director and Jason Stewart, Route Development and Marketing Coordinator for the airport are clearly pleased with the award following their hard work to connect the two important energy sector locations. 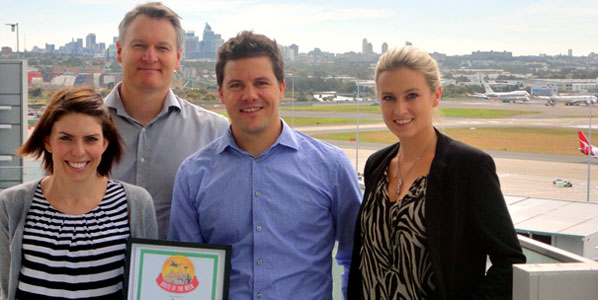 Darwin Airline celebrated the launch of  six new routes  out of two new bases on 2 September. anna.aero complemented the news by writing an  airline analysis  on Darwin, however since doing so, we have received even more cake photos. In the first photo is Markus Kopp, CEO of Leipzig Airport (left) and Maurizio Merlo, CEO of Darwin. Cutting the cake at Paris CDG are (from left to right): Mario Testa, Country Manager Darwin; Steve Jones, CEO, Cambridge Airport; Sandrine de Saint Sauveur, CEO, APG; and Massimo Boni, Communication Officer at Darwin. A busy day for Darwin, at least there was plenty of cake to go around. 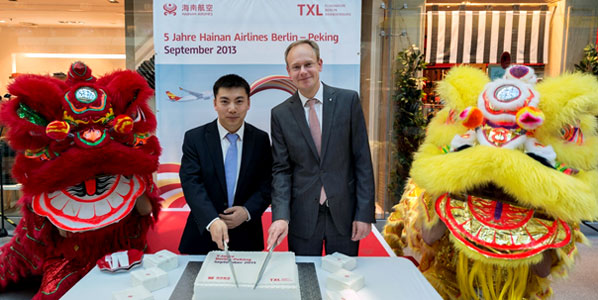 Celebrating the fifth anniversary of the connection between the German and Chinese capitals on 6 September is Zhiwei Shi (General Manager of Hainan Airlines Germany) and Till Bunse (Director Marketing and Sales at Berlin Brandenburg Airport). The pair cut the birthday cake at the event held in Berlin. Shi commented: “For our company, the flights from Berlin have become a mainstay. We understand that the connection between the capitals of Berlin and Beijing is a bridge, instrumental in promoting economic and cultural exchanges between the two countries”. Air Lituanica has taken delivery of its second aircraft, an 86-seat E175, doubling the size of its fleet on 5 September. Following a three day transit from Brasil, the newly leased aircraft stopped at four airports before it reached its final destination – Vilnius. The aircaft will be put into action on 15 September when it flies to Brussels. From 20 September it will start carrying passengers to Prague and from 21 September to Munich. Erikas Zubrus, the CEO of Air Lituanica, said: “The lease of a second aircraft and the expanding route map are part of a well-directed activity plan, based on careful market analysis and the general strategy of the company”. Over a dozen new routes as well as routes with increased frequencies have been confirmed at the first Yunnan Air Transport and Tourism Conference, which was held in Lijiang between 27 and 30 August. Over 300 delegates attended the event, including representatives from 24 domestic carriers (including Air China, China Southern Airlines, China Eastern Airlines, and Hainan Airlines) and 16 international carriers (such as Lufthansa, Korean Air, Asiana Airlines, Thai Airways, Malaysia Airlines, AirAsia, China Airlines and tigerair). 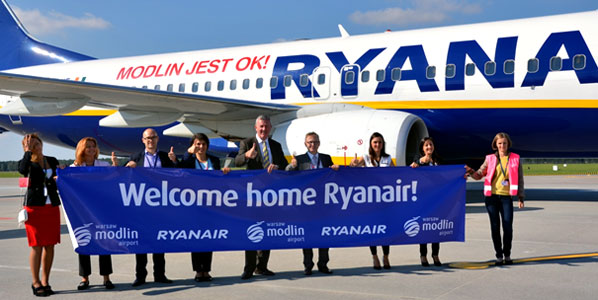 Ryanair has confirmed that all of its Warsaw flights will transfer from Warsaw Chopin Airport back to Warsaw Modlin Airport from Monday 30 September, following the completion of runway repairs and a new ten-year commercial agreement. Ryanair has announced its summer 2014 schedule which includes two new routes to Alicante and Thessaloniki (four times weekly). Since the first flights in July 2012, the ultra-low-cost carrier has grown to carry over 1.3 million annual passengers to the Polish capital. Unfortunately we do not have the names of everyone in the photo, but starting with the fourth person in from the left: Jadwiga Starczewska (Modlin’s Commercial-Marketing Director), Michael Cawley (Ryanair’s Deputy Chief Executive and Chief Operating Officer), Marcin Danil (Vice-president, Modlin) and Katarzyna Gaborec (Ryanair’s Sales and Marketing Executive for Poland).