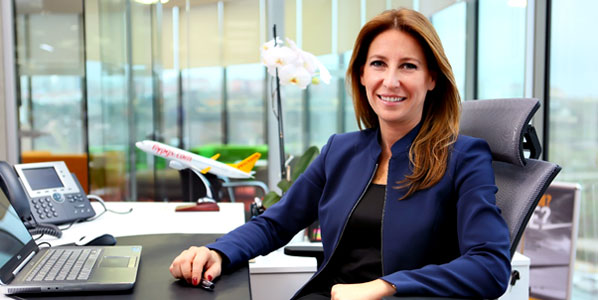 All smiles. Nothing would make Pegasus Airlines’ Senior Vice President Guliz Ozturk happier than a more liberalised bilateral environment in the key CIS region. Ukraine is a particular frustration, with Turkey's second carrier keen to start services from its Istanbul Sabiha Gökçen hub to Kiev and Odessa.

Guliz Ozturk, Senior Vice President (Commercial) of Pegasus Airlines is a busy woman, having to negotiate the sometimes frustrating commercial path of Turkey’s #2 airline, controlling around 18% of all flights in Turkey and 19% of all seats (according to Innovata data for September) behind that other Turkish airline that nobody really mentions. When not plotting how to outfox one of the world’s most dynamic flag carriers, she spends her time on deciding what to do with the $12bn worth (75 firm orders and 25 options) of A320neos and A321neos that will soon be turning up at the airline’s Istanbul Sabiha Gökçen base. anna.aero caught up with Ozturk while she was in London, ready to join a panel of industry peers at the World Low Cost Airlines Congress.

anna.aero: Of the new routes launched by Pegasus in 2013, have there been any which have not lived up to expectations?

Guliz Ozturk: So far in 2013 we have launched seven new international routes – Belgrade, Sarajevo, Athens, Tirana, Barcelona, Doha and Sochi. As you know, we need to give new routes the right amount of time to improve to match our expectations. Right now the Doha service is weakest of all, but we are expecting it to improve.

aa: Have any of the new routes exceeded the demand anticipated. Will the capacity therefore have to be changed in order to match the supply with higher demand?

GO: Despite the economic conditions in the destination countries, both Barcelona and Athens have delivered results above our expectations. We will certainly be looking to add more capacity to Barcelona over the next two years [currently daily].

aa: What will be the split of the Airbus order in terms of additional capacity versus replacement capacity? If many have been earmarked for growth, can you give us any clues on which regions will see increases or what new routes are planned?

GO: We have a totally flexible fleet plan going forward. If our expansion is progressing profitably then we will use more of the aircraft for growth, but if we are not achieving our objectives then more of the new units would be used to replace the existing fleet. In the short-term, our network will be expanded by two or three new points in Europe. We hope by October to be flying to Moscow – where we are already a designated carrier – but we have not quite finished getting the final permissions from Russian authorities. There are plenty of opportunities in the CIS which we want to exploit and which are underserved in terms of east-west traffic flows into Europe.

aa: Are there any plans to introduce long-haul aircraft and therefore long-haul routes in the future?

GO: Our aircraft have a six-hour range from Istanbul – enough to get us to places like Almaty and Bishkek and the whole of Europe – so we have a huge potential market to exploit. So we have no plan for long-haul aircraft. We just need the bilaterals to become more liberalised so we can maximise the opportunity. 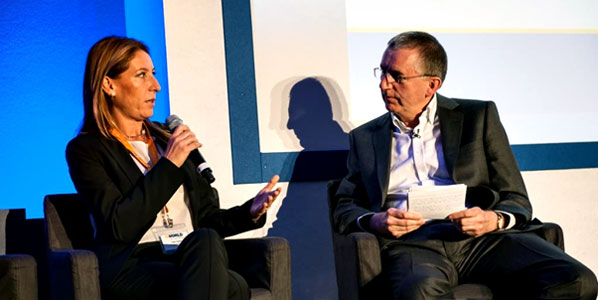 Live in London – Guliz Ozturk, Senior Vice President (Commercial) from Pegasus Airlines was on a panel discussing 'What are the key criteria and future trends for a successful low-cost business model?’ at this week’s World Low Cost Airlines Congress. While there she said: “I told my colleagues in the airline industry from around the world: we didn't invent aviation in Turkey but we sure have transformed it and continue to do so.”

aa: Is there a strategic plan for a finite number of destination cities or countries that Pegasus can serve from Turkey (currently 77 and 29)?

GO: There is no limit as long as the bilaterals are there to support it. Ideally, we would like the restrictive frequency quotas that exist in the CIS to be lifted, like they are in Europe. Let’s not forget that five years ago we had no international scheduled network, and we now serve 44 destinations. So clearly the situation is getting better every day but it can be better. The Turkish CAA is working hard for us in its negotiations with other countries to improve access on our behalf. We are in constant contact with them about our wishes to liberalise the environment we find ourselves in. Sometimes we just wish that progress would move faster.

aa: Pegasus is growing so fast – where do you get your supply of pilots from? Local or from abroad, or a mix?

GO: We have a mixed (some from local and abroad) pilot recruitment strategy, but it currently stands more in favour of locals (80/20 split). We also have our own training academy.

aa: What is Pegasus’ aircraft utilisation like and are you helped by a lack of curfews at your “home” airports?

GO: We do pretty well on this measurement compared to our peers and we are currently running at 12.2 hours per aircraft. In the first half of 2013 we reached 12.1 hours which was up by one hour from the first half of 2012. We are also finding that this increased level of efficiency really delivers to the bottom line. So yes, we are lucky that there are no curfews in Turkey.

aa: What proportion of traffic at your Istanbul Sabiha Gökçen hub is connecting? And how fast is the connecting traffic growing?

GO: In 2012, 22% of all international traffic was connecting in Istanbul. For 2013, we are currently in the range of 22-24%. It is improving as a result of us adding more spokes to the network. Connecting in Istanbul is easy, as it is a natural hub given its geographic location. Also the airport is very convenient for the passengers, as all the domestic and international traffic is under one roof.

aa: Which market would you most like to enter but can’t (yet) because of bilateral issues?

GO: At the moment, improved access to the Ukraine is a big frustration [Pegasus is currently permitted to fly to Donetsk, Kharkiv and Lviv only]. We would like to be permitted to fly to Kiev and Odessa as well. For a long time the quotas remained the same. Then they were increased, but they were not given to Pegasus and they were allocated to a different carrier. The frequencies were never used and were taken back and given to another carrier to use from Atatürk – as this was the apparently the airport that had to be used for flights to Kiev. However, since this decision we have now seen Turkish Airlines given access to fly from Sabiha Gökçen to Kiev and Pegasus has been overlooked again – which is very frustrating.

aa: What other bases will you open (and when) across Turkey?

GO: Presently we have 32 aircraft based at Sabiha Gökçen, smaller bases (of five to six aircraft) at Izmir and Antalya, as well as our smallest base in Adana. We are constantly looking at adding other bases in Turkey, but there are no firm plans at this stage.