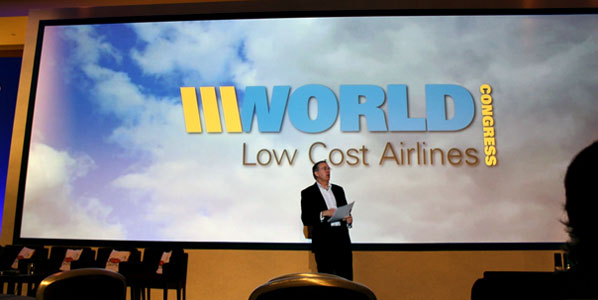 John Strickland, the CEO of JLS Consulting and chairman for the first day’s proceedings, launched the tenth annual World Low Cost Airlines Congress (WLCAC for short) at the Sofitel, at London Heathrow’s T5. Commenting on the start of the three-day event, Strickland set out the programme for the day as well as mentioning a significant development in the low-cost environment, as Norwegian announces further low-cost, long-haul flights in 2014, to destinations including Fort Lauderdale, Orlando and Oakland, using its 787s. 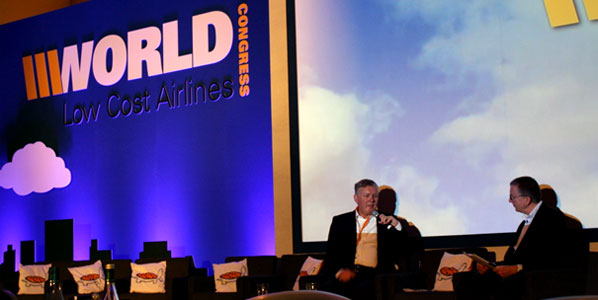 The opening interview, germanwings CEO, Thomas Winkelmann, discussed the new germanwings and its independence from Lufthansa as it takes over and aims to operate Lufthansa’s short-haul, non-hub routes more profitably. Winkelmann said that LCCs want: “safe, quick and efficient airport services, with no Schnickschnack” (bells and whistles). germanwings focuses on a point-to-point network with as little connecting traffic as possible. One-third of its routes are high-frequency domestic, using a new trial model which the CEO believes is right, especially on business routes. 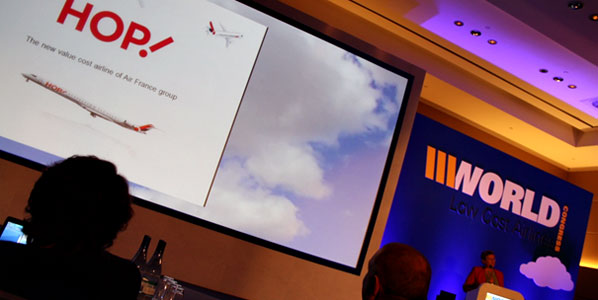 HOP! was represented at WLCAC by Helene Abraham, EVP Commercial. Abraham commented on how HOP!, a value carrier, is planning to compete for European travellers by creating a more hassle-free network of point-to-point traffic, incorporating the hub airports of the three operating airlines which make up HOP! She also said: “one of the biggest competitors in the fragile French market is substitutes; high speed rail and road. The network must adapt and include destinations not served by rail.” 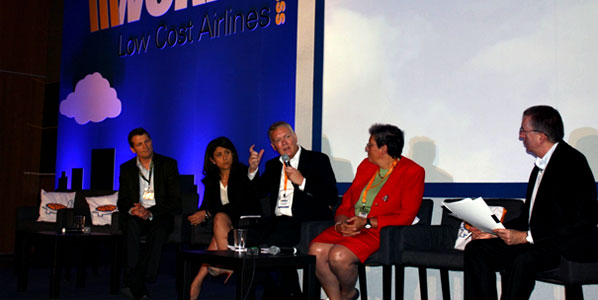 The discussion panel made up of; Ole Wieth Christensen, Director of Airline Sales and Route Development, Copenhagen Airport; Christine Ourmières, CEO of CityJet; Thomas Winkelmann, CEO of germanwings; and Helene Abraham, EVP Commercial at HOP! They discussed the issues surrounding growing market shares in a mature market such as the European region. The main theme boiled down to cost savings through aircraft selection, airport selection, reducing complexity and improving efficiency, all with a focus on the point-to-point traffic customers want. 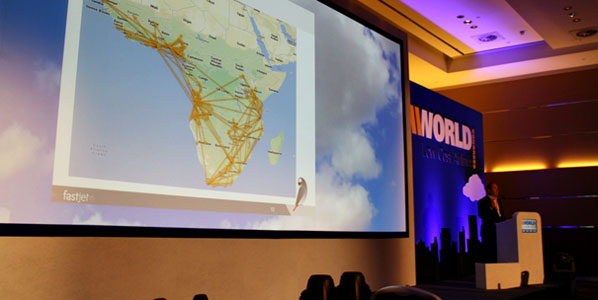 Richard Bodin, CCO of fastjet, discussed the position of the carrier one year on. Bodin said that there are so many great opportunities within “booming Africa”. The development of a network is not without its fair share of challenges, mainly in the form of artificially restricted markets due to bilateral agreements for most African countries. The next most significant challenge is that many of its passengers have never flown before, and fastjet has had to educate its customers and answer some interesting questions surrounding flight and air travel!