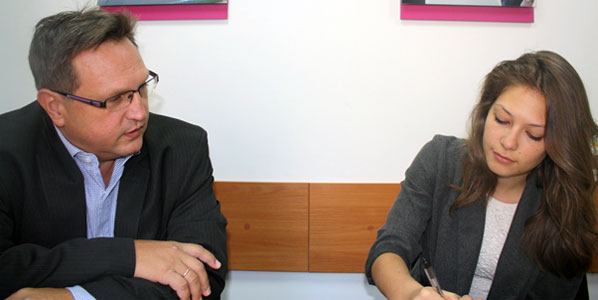 Four down: Where is Wizz Air Ukraine’s new base — seven letters? Donetsk – D-O-N-E-T-S-K. anna.aero’s Amy Hanna not only gets route development answers from Akos Bus, Director General of Wizz Air Ukraine, but she also finishes her crossword from the Ukrainian Times.

Being the new kid on the block is always tough, but when this is coupled with a more restrictive operating environment than you are used to (dealing with bilaterals, rather than the freedoms you are used to in the EU), then it is even harder. Add in poor economic conditions and you have a clear impression of what Akos Bus, Director General for Wizz Air Ukraine has to deal with on a daily basis since the ULCC set-up camp in Kiev in 2008. But the market conditions are beginning to improve, and the Ukrainian authorities seem to have realised that this upstart is not going to go away and it may as well work with it — so anna.aero finds out what’s next on the agenda for Bus. Want an overview on what is going on in the Ukraine? Read our Ukraine country profile too.

anna.aero: Wizz Air Ukraine currently has four aircraft (including the additional unit introduced for the Donetsk base opening in October). There were plans to expand the fleet to eight in the next couple of years – is this still the aim?

Akos Bus: When we started life here in Ukraine in 2008 we definitely planned to have a more aggressive growth path, but the timing of our start-up was at one of the worst times ever because it was just before the local currency (hryvnia) collapsed, and when the recession started all through Europe. So we didn’t grow at the level we expected. Since 2012 we decided to grow because we saw some positive signs both on the regulatory side and in terms of market demand. So that’s why we are adding one aircraft to our Kiev base [up to three] in 2013, as well as adding a fourth aircraft, based in Donetsk as of 1 October. And regarding future growth, we are trying to get back to our original plan, so we are presently focusing on analysing the situation to see how we can add further aircraft.

aa: Where will the focus of this growth be?

AB: The focus is on Kiev — everyone knows it is congested and there are two airports in the city, but it’s the strongest market in Ukraine. But our growth is also defined by regulatory matters, as Ukraine is not really a liberalised market, so each and every route needs a so-called ‘designation’ based on the bilateral agreements between the two countries. Of course, it’s more difficult to get route designations out of Kiev, so this is why we opened up our Donetsk base, as we could achieve some good designation from there.

aa: And speaking of liberalisation, how are bilateral talks progressing on gaining access to Russia from Ukraine?

AB: I don’t know how it is going between the two governments at the moment, but basically it is almost a liberalised market. They have increased the number of frequencies on the route which is most in demand, Kiev-Moscow, so there is no frequency limitation and no limitation of the number of carriers that can be designated on this route. So it’s sort of liberalised.

aa: More specifically then, are you looking at establishing links to St Petersburg, Moscow and Tel Aviv?

AB: These are routes that we are targeting to open up out of Kiev and eventually out of Ukrainian regional airports if it’s possible. We received designations from Ukrainian side to Moscow and Pulkovo, and we are now in the process of getting the approval from the Russian side. As soon as that is done then we will definitely start these two routes. Tel Aviv is a different story. We keep requesting [access], and have for a long time, but we haven’t got Tel Aviv from any Ukrainian airports so far. I don’t know if there’s any bilateral talks about lifting these kinds of restrictions or not, but we’ll keep asking. So as soon as the window opens up then we’ll try to jump in.

aa: On the subject of liberalisation – you’ve said in the past that there is something of a monopoly within the Ukraine, with Ukraine International Airlines getting favourable treatment. What opportunities are there for you, and is that looking to change?

But I expect much more, and we believe that we are the best in terms of performance and delivering all the KPIs. Basically, we are the only LCC in Ukraine, but we are a Ukrainian carrier so we expect equal treatment from the Ukrainian authorities. 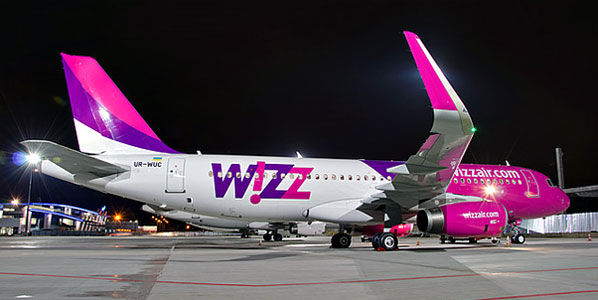 Too big for domestic (for now at least)! Wizz Air Ukraine’s 180-seat A320s are too big for the Ukrainian domestic market, which it tried in 2008-09 (and subsequently withdrew from).

aa: With Kiev and Donetsk now bases, are there any plans to upgrade Lviv and Kharkov to base status?

AB: We are considering these options, as well as other regional airports like Odessa, and we are also considering some international routes in W patterns. We will not re-enter the domestic market. We tried it in 2008-2009, but we came to the conclusion that it’s not for us. With our single type fleet [180-seat A320] it’s just too big for domestic routes.

aa: With regards to introducing Lviv and Kharkov as bases, what obstacles are in the way of you establishing those, or are you just waiting for the opportune moment?

AB: The two biggest obstacles are [bilateral] designations and airport costs, and the third is the fuel costs — which is expensive all over Ukraine. Airport costs are much more expensive than the average in Western Europe. But, in this respect there was a big step taken by the administration earlier this year, giving authority to the local airport management to give massive discounts — and airports have started to use this flexibility that has been given to them.

aa: You are starting Dubai World Central (DWC) from Kiev in October, but flydubai started Kiev Zhulyany from Dubai in September (it already operates Kiev Borispil to Dubai) and Emirates starts flights from Dubai to Kiev Borispil in January. How do you plan to cope with that level of competition?

AB: Competition is always something that an airline needs to deal with, and we are used to doing it. We consider this as a valuable designation, and a valuable route out of Kiev, so we will see what we will happen. If I just take into consideration that our cost base is much (much, much) lower than any of those airlines mentioned — even those which call themselves low-cost — they are far from our cost base. On this basis we have nothing to worry about, and we do not plan to abandon this route.

aa: Do you think they are trying to scare you off from DWC — is this a competitive tactic?

AB: It could be. But I don’t expect Emirates to react heavily, but let’s see. We have a strong tool — which is price — and offering good prices to a market where we are still above our costs, while the competitors are much below their cost level, we have a winning position. So let’s see what will happen, but answering your question, we do not want to leave this route!