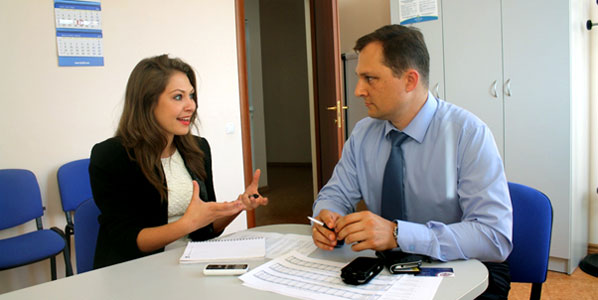 Yevgen Treskunov, EVP Strategy and Development of Ukraine International Airlines (UIA) considers Istanbul, Moscow and Vienna as Kyiv Boryspil’s nearest airport competitors, “not because of the airports only, but because of the base network carriers who have developed them as their hubs”. Knowing and understanding the competition will be vital for UIA over the coming years, as it looks to emulate those hub airlines with its own network of regional and long-haul services, thanks to its fleet expansion plans,  from the Ukraine. anna.aero caught up with Tresnukov at UIA’s Kyiv offices during our recent Ukraine special edition grand tour! Read our Ukraine country profile too.

anna.aero: UIA has been expanding rapidly in recent months since the collapse of AeroSvit in February. What has changed in the last few months?

Yevgen Treskunov: The collapse of AeroSvit has resulted in the disappearance of the dual airline leadership in Ukraine, and UIA has become the only number one carrier. We used this unique commercial opportunity to expand our fleet’s capacity and it was also the right time for picking up all of the routes which complemented UIA’s network strategy to bring further synergies from additional extra connections.

We have reshaped our schedule with waves of arrivals and departs which have improved connections via Kyiv, as a hub. We are a traditional, national flag carrier, which is developing a network of medium-haul, regional and domestic routes with all flights connecting through our hub in Kyiv Boryspil, and the next step is to introduce long-haul operations — obviously with connectivity to the existing network.

It’s already been proven by us that this model works. Today, we have on average 40% transit traffic via Kyiv. Here we are talking about new passenger flows going from different regions to different regions. We also have had point-to-point customers with us for many years, but in addition we now have a lot of new customers who like to go from Kyiv to a variety of destinations.

aa: So, your expansion into long-haul, can you please explain that further? What routes do you have in mind and how will the development work?

YT: From our analysis we see that routes to Asia, like Beijing and Bangkok, with our much better network today versus what was with AeroSvit before, can be very well connected to our network in Kyiv. It is the same with routes to the United States, like New York, and Toronto in Canada. The US and Canada will provide us with certain VFR traffic as there are a number of Ukrainians who left the country in the last century, and their families now live in Canada and the United States and they like to come here to visit their relatives and friends and vice-versa.

And for Asian destinations its tourism — for example Thailand is very popular with Ukrainians. When it was operated by AeroSvit we saw that it was always full, all year-round, regardless of the season.

aa: And when do you plan to launch the first long-haul routes?

YT: Our main target, is to launch a full mix of long-haul routes to the east and west from the summer schedule next year. However, we also consider starting some flights towards the end of the year [2013].

aa: What is the current active fleet and what are the plans for growth in the next 12-18 months?

YT: Today we have 37 aircraft, 11 of which are 737 Next Generation (NG) — half of them are brand new aircraft delivered straight from Boeing. We also have 20 737 Classics and plan to replace them with NG aircraft in the next three to four years. We also have five Embraer 190s, which are good for regional traffic development or some medium-haul routes which we are starting where we need smaller equipment for the launch phase. The 100-seaters are also perfect solution when adding frequencies to existing routes. Since September, we have introduced the first 767 into our fleet and the aircraft already performed series of flights as part of our 767 implementation program.

Also, Ukraine International is very active in both scheduled and charter businesses, so part of our 737 fleet operates for charter, which is very popular in Ukraine, and we have agreements with different tour operators to serve destinations like Turkey or Egypt, and depending on the time of the year, different ski resorts in Europe too. Among the 20 737 Classic aircraft we also have one freighter. So it’s part of our business strategy to develop cargo services, with some scheduled flights to the EU, and some ad-hoc flights. 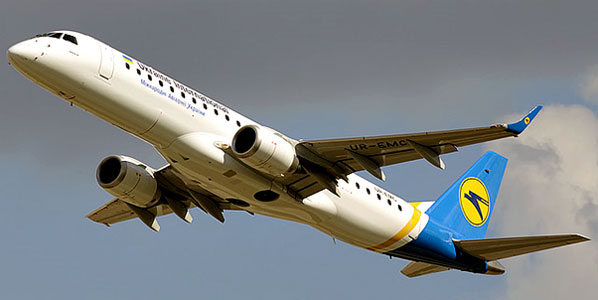 Ukraine International Airlines has five Embraer 190s, which are “good for regional traffic development…medium-haul routes which we are starting…and for adding frequencies to existing routes,” says the carrier’s Executive Vice-President Strategy and Development Yevgen Treskunov.

aa: And how will you look to adapt your fleet to accommodate long-haul flights?

YT: We are starting with a 767 aircraft. We found it is the optimal investment compared to the alternatives for an interim solution. Although our passengers will be able to enjoy brand new seats on 767s, for the long-term we are looking at bigger widebodies, and by summer 2015 we will have arranged the first new deliveries. It will be either a 777, 787 or an A330 — a final decision is expected in the next few months. We want our product to be competitive with that of the strong and well-established global network carriers. We are all targeting the same transit flows and therefore we need to have the right product in the market and at the right costs, in order to offer competitive prices.

aa: What new routes are you planning to adopt in the next few months? Am I correct in thinking we’ll see routes starting to Tenerife Sur in November, Bangkok in December, and Adler/Sochi next February?

YT: Those you have listed are mainly charter routes, they are served on the basis of agreements with tour operators. When they order full flights, or purchase blocks of seats we are happy to operate those routes for them – of course! The continued demand from tour operators has resulted in the extension of our Tenerife summer charter programme into the coming winter season.

For now we serve almost all capitals in Western Europe, while in some big European countries we have more than one destination, for example, in Germany, Italy and France. With a bigger network offering long-haul flights and having the Embraer aircraft in our fleet, we will consider some regional routes which are good in terms of point to point traffic, but also offer the potential for transit flows.

aa: What’s the directionality like on your international routes?

YT: It is 50-50 split between passengers originating in Ukraine and abroad.

aa: Perhaps on your long-haul routes you’ll see more directionality from one way than the other – presumably flights to Thailand will be predominantly Ukrainian?

YT: Particularly for Thailand the majority will be Ukrainian, but this is subject to our revenue management system because we have modern software that will allow our commercial team to sell our most profitable ticket. If there is a chance to sell a ticket to a high yield passenger flying out of Thailand to London, and we can sell a flight via Ukraine ­– then of course we will target this type of passenger.