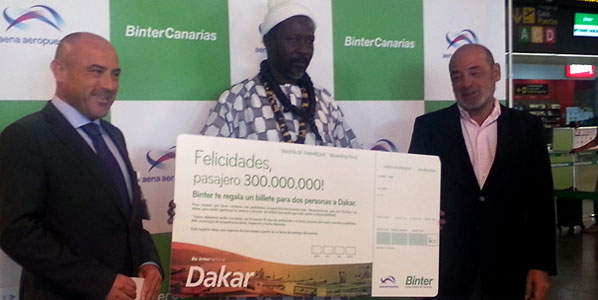 14 October: Gran Canaria Airport processed passenger number 300 million since the inauguration of the first commercial flight in 1933. The passenger (centre), whose name is Niang Ibrahima, was received at the airport by Mario Otero, Canary Islands Airports Group Director (left); José Luis Reina, Director of Institutional Relationships and Communication (right). Mr Ibrahima was a passenger on the first flight to Dakar operated by BinterCanarias, a weekly CRJ 200 service.