What does Aegean Airlines gain from Olympic Air merger? 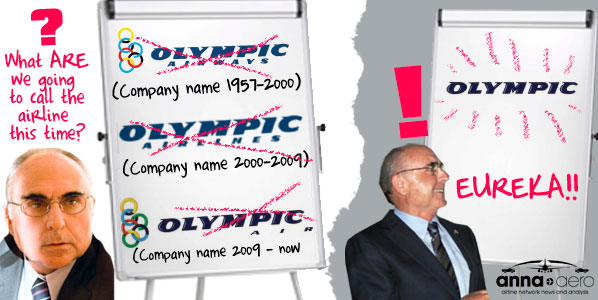 Now the really hard job: After getting the merger go-ahead, Theodore Vassilakis, Aegean Airlines CEO, will now have to find a new name for the airline. Most have already been tried.

At one time the proposed merger between Greek carriers Aegean Airlines and Olympic Air might have seemed like a marriage of equals, but the current reality is quite different. Based on scheduled ASKs (Available Seat Kilometres) in October, Aegean is 10 times larger than Olympic. While Aegean has grown its ASKs by 8% in the last 12 months, Olympic has cut its ASKs by half. So with the EU having finally decided to allow the two carriers to merge, how do the networks of the two carriers compare? What is it that Aegean gains by absorbing Olympic?

While Aegean has been focussed on growing its international network, not just from Athens but from other Greek airports, Olympic has been left primarily to deal with a rapidly shrinking domestic market focussed on Athens. Between 2009 and 2012 domestic passenger numbers at Athens International Airport have fallen by 26.4% from 6.13 million to just 4.51 million. In the first nine months of this year, domestic demand has fallen by a further 5.5%. 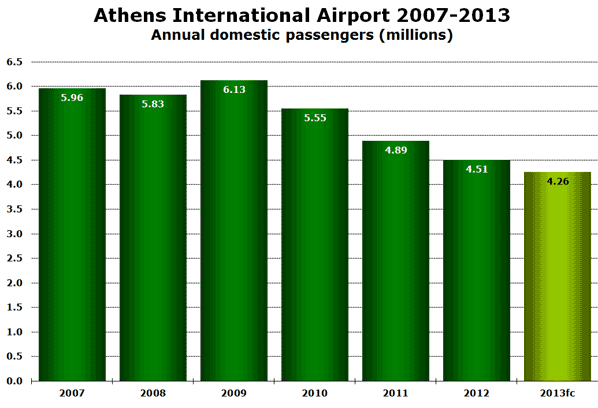 According to Innovata / Diio Mi data for this month, Olympic is operating a total of 40 routes, having dropped five and added none since this time last year. Of the 40 routes, 32 are from Athens, and of those 27 are to domestic destinations, with just five international routes (to Belgrade, Bucharest, Istanbul, Sofia and Tirana). The eight non-Athens routes are all domestic. None of the airline’s routes have a sector length of more than 850 kilometres. Among the five routes dropped during the last year were two (Larnaca and Tel Aviv) that were over 900 kilometres. This helps explain how the airline’s ASKs have fallen so dramatically (by 50%), but the number of flights operated has been cut by only 19%. The airline’s fleet currently comprises 10 78-seat Q400s, four 37-seat Dash 8-100s, and a solitary A319. In October 2012 Airbus aircraft operated over 250 weekly flights for the airline, but this has now fallen to just 40, made up of 10 weekly return flights to both Alexandroupolis and Santorini.

Aegean almost twice as big as Olympic in domestic market

One way of comparing the two airlines’ networks is by examining how many weekly ASKs are allocated to different markets segments. Despite Aegean’s focus on international routes (84% of its ASKs) it still generates over 80% more ASKs on domestic routes from Athens than Olympic.

Aegean only serves 10 domestic points from Athens, compared with 27 for Olympic, but the use of larger aircraft (it has an all-Airbus narrowbody fleet) and higher frequencies, more than compensates. On nine of Aegean’s 10 domestic routes it offers more weekly seats than Olympic, with Kos being the exception. Athens-Rhodes is one of the routes that Olympic does not serve at present, but did serve this time last year. 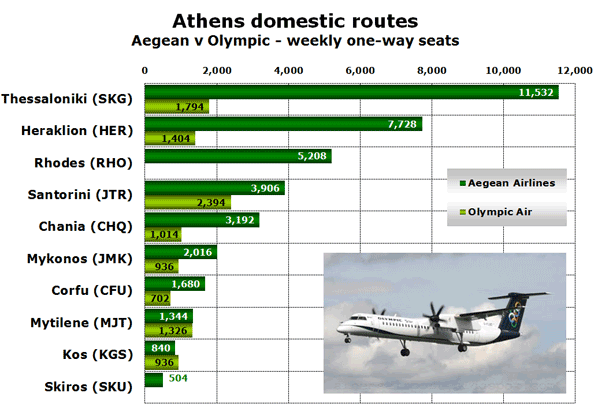 The 10 domestic routes that Aegean flies (of which eight are also served by Olympic) also account for almost 45% of Olympic’s weekly domestic seats from Athens. The remaining 55% are spread across 19 other domestic routes on which Olympic does not face competition from Aegean. Although the indications are that after the merger both airlines will continue to operate as separate brands, it will be interesting to see how much further capacity rationalization takes place on these domestic routes.