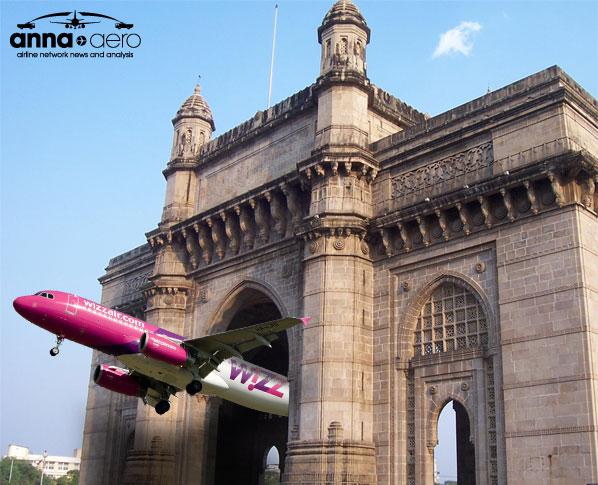 Wizz Air unlocks the gateway to India: Will Mumbai be the first route it operates from Dubai World Central Al Maktoum International Airport? Will Pakistan be next? anna.aero will tell you first.

Wizz Air is set to continue its march ever eastwards in search of new markets ripe for its ULCC product, with India next on its agenda, to be served from Dubai World Central Al Maktoum International Airport, which it begins serving later this month from Budapest, Bucharest, Sofia and Kiev Zhulyany. “This is work in progress and we will announce in due course should there be any development,” stated Daniel de Carvalho, Wizz Air’s Corporate Communications boss. Presumably this is airline-speak for: ‘We’re doing the paperwork and dealing with the bureaucrats’.

This time next month, Dubai Al Maktoum will have its Wizz Air flights, along with twice-weekly services to Kuwait City with Jazeera Airways and a weekly Primera Air service from Malmö (Gulf Air will commence a daily Bahrain service in December), but nothing to Dubai’s biggest country market of India, which commands 11% of weekly seats or nearly 100,000 seats per week. This high level of capacity makes India the logical choice for Wizz Air to fly to from Dubai Al Maktoum, driven by the demand from the significant local Indian immigrant population. 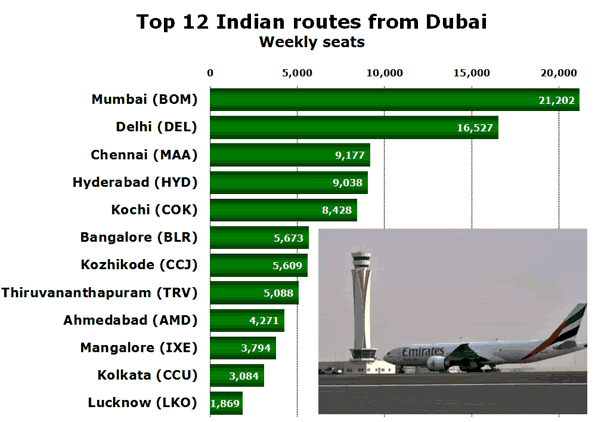 Currently 17 different Indian destinations are being served from Dubai, with Mumbai and Delhi being the most likely route opportunities to be taken-up by Wizz Air given the sheer scale of the markets. Should Wizz Air launch daily A320 flights to Mumbai, based on schedules derived from Innovata for week commencing 17 October, it would have around 7% of weekly flight and less than 6% of weekly seats. Given Delhi’s smaller market size, a daily operation on this route pair would give the ULCC a larger share, at 9% and 7% respectively.

While connections to Dubai’s #2 to #4 country markets make less sense in terms of passenger flows (Saudi Arabia, UK and Qatar) for Wizz Air, the fifth largest country market, Pakistan, would probably be the next point to add to its potential Dubai Al Maktoum network. With more than three times the number of seats than markets #2 (Islamabad) and #3 (Lahore), links to Karachi would appear to be the obvious choice in Pakistan for Wizz Air.

For those intrepid air fare bargain hunter passengers looking for a ULCC route to India, perhaps routing London Luton – Budapest – Dubai Al Maktoum – Mumbai, or in the future to Pakistan, flying Malmö – Sofia – Dubai Al Maktoum – Karachi, this move by Wizz Air will be great news. Especially when each sector costs the same as the price of a cup of coffee — but remember to pick up your bags at the end of each flight to check them in again.