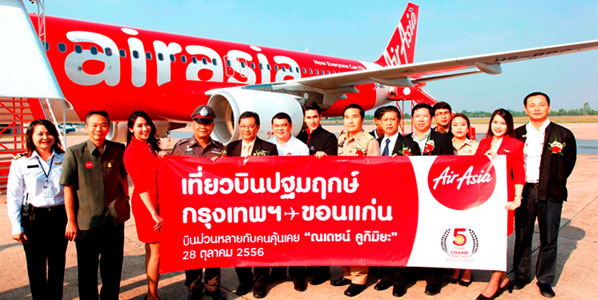 Thai AirAsia began twice-daily domestic flights between Bangkok Don Mueang Airport and Khon Kaen on 28 October 2013. The banner displayed by the airline, to celebrate the launch of the new route, reflects the Buddhist calendar, where the year is currently 2556.