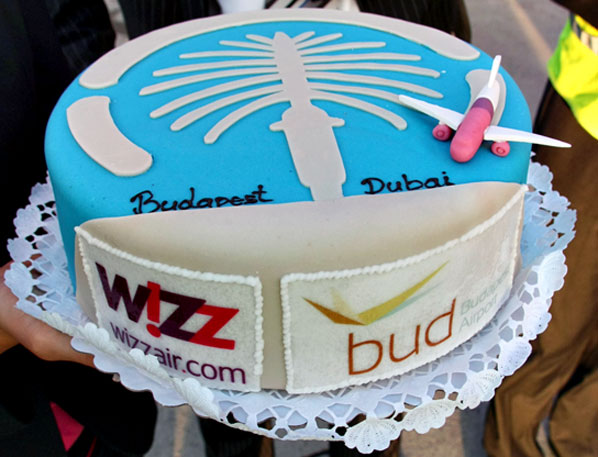 This is the cake that launched passenger flights to the airport that may one day become the busiest in the world: Dubai World Central – Al Maktoum International Airport (DWC). Click here to vote for your favourite, “anna.aero Cake of the Week” from 115 route launches for the start of the Winter Season 2013/14.

Last Sunday saw the start of the official “winter” season in the world of aviation, or W13 as it is referred to in shorthand. Of course, technically, it’s only the start of the winter season in the northern hemisphere, as our friends ‘down under’ are watching spring turn into summer right now. Due to slot constraints at many airports, the start of a new season is often associated with a surge of new route launches, and this year is no exception. Using anna.aero’s analytical week of Tuesday to Monday, we have identified almost 120 new routes that launched in the first two days of W13 (which we report on in detail this week), with another 150 or so new services starting in the following week (29 October – 4 November). Between then and the end of the year we currently estimate a further 300-plus new services will be introduced by the world’s airlines. For the free, downloadable spreadsheet summarising this week’s new routes, click on the following link. 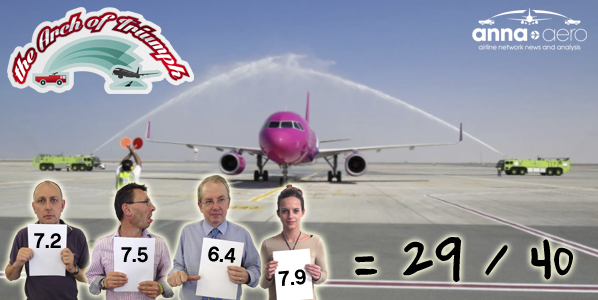 Already a prize-winning airport: Dubai World Central – Al Maktoum International Airport wins this week’s anna.aero “Arch of Triumph”. We had eight airports enter their fire truck route launch aches this week; Clark Airport in the Philippines is still in the lead to win the overall 2013 anna.aero Arch of Triumph prize.

Last weekend also saw the launch of passenger flights at Dubai World Central – Al Maktoum International Airport (DWC), the airport that may, one day, become the busiest in the world. Wizz Air was the first scheduled airline to serve the airport this week, with Jazeera Airways starting flights from Kuwait later this week, followed by Condor in November and Gulf Air in December. Meanwhile, Dubai’s “old” airport continues to be popular, with Emirates, flydubai, SpiceJet and Transaero all planning new services there before the end of the year

While easyJet, Norwegian, Ryanair, Vueling and Wizz Air are all launching new routes this winter, it is Lufthansa’s in-house low cost airline that appears to be launching the most “new” routes among Europe’s LCCs, as it continues to take over Lufthansa’s operations outside of Frankfurt and Munich, and routes to those airports from other German airports. Between now and the end of the year, we have identified 30 routes that germanwings will start operating for the first time, with more to follow in 2014.

Lots of activity in China and Russia

Among the over 250 new routes launching in the first 10 days of the winter season, a significant number are being started by airlines in China and Russia. Air China and Shandong Airlines are both adding a significant number of new routes in China, while in Russia, Ak Bars Aero and Transaero are keeping their PR departments busy. Among US carriers, the leading legacy carriers are not launching many new routes, although AirTran Airways/Southwest Airlines, Allegiant Air and Spirit Airlines are all still eagerly exploring new market opportunities.