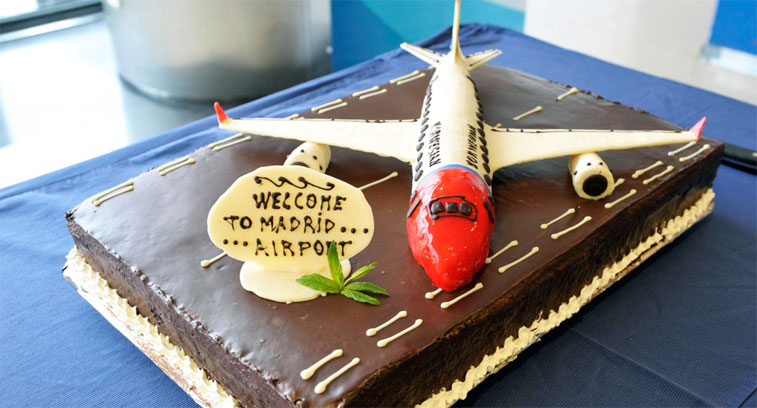 Norwegian launched flights from Copenhagen to Madrid on 5 April 2013. Next year it will make the airport a two aircraft base and add flights to its three other Nordic hubs in Helsinki, Oslo and Stockholm Arlanda, as well as to Hamburg, London Gatwick and Warsaw.

Earlier this week Norwegian announced that starting next June it will make Madrid Barajas Airport its fifth base in Spain (following Alicante, Gran Canaria, Malaga and Tenerife Sur). The airline currently only serves Madrid from Copenhagen (a route it started on 5 April 2013), though it has also served it from Oslo in the past. Two 737-800s will be based at the Spanish airport and Norwegian is looking to recruit 70 pilots and 140 cabin crew locally.

According to anna.aero’s analysis of Aena traffic data for the first 10 months of 2013, Norwegian is now the 13th biggest airline in Spain, having handled in excess of 2.6 million passengers so far this year. By the end of the year it may even pass Jet2.com for 12th place. Norwegian’s growth in the Spanish market has been impressive in recent years, growing 10-fold since 2007 when it handled less than 300,000 passengers. 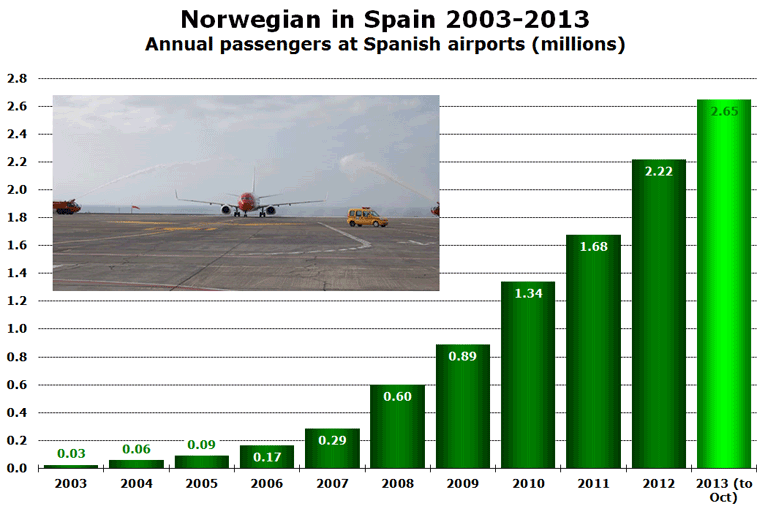 Six new routes including three to its other Nordic hubs

A total of six new routes have been announced starting from 2 June, bringing the total number of routes to seven, and generating 27 weekly departures. Norwegian will face head-to-head competition on all routes except for Oslo, a route that was last served by Norwegian itself in 2008, and by SAS for a few weeks during July and August 2011.

“We see a major passenger potential from the main airport in Madrid. At the same time, it is strategically important for Norwegian to have a base in the Spanish capital in light of our presence in the Spanish market and not least, in terms of our future plans,” said Norwegian’s CEO Bjørn Kjos.

“The regional government of Madrid is proud that Norwegian has chosen our airport to increase its expansion in Europe said Ignacio González, President of Madrid Region.