The 40th birthday of Wizz Air’s Daniel DeCarvalho was celebrated last week with this magnificent cake prepared by industry professionals and journalists, who flew in from nine countries for the occasion. 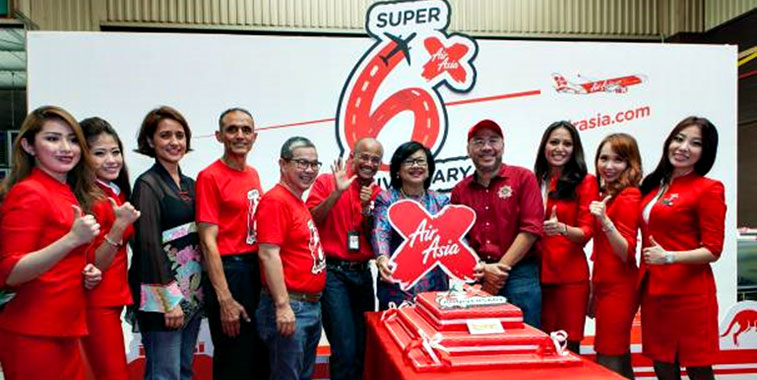 London City Airport’s Matthew Hall, COO; Declan Collier, CEO; and Bernard Lavelle, Sales Director; celebrated the airport’s 26th anniversary last week. Collier said: “We are delighted to celebrate this milestone, particularly as this year has been such a momentous one for LCY. We are on track to see our highest ever passenger numbers, we have added eight new routes and have submitted an application for planning permission to develop our existing infrastructure to enable us to create 1,500 new jobs, welcome next generation aircraft and double passenger numbers by 2023. The future looks very exciting at LCY.” 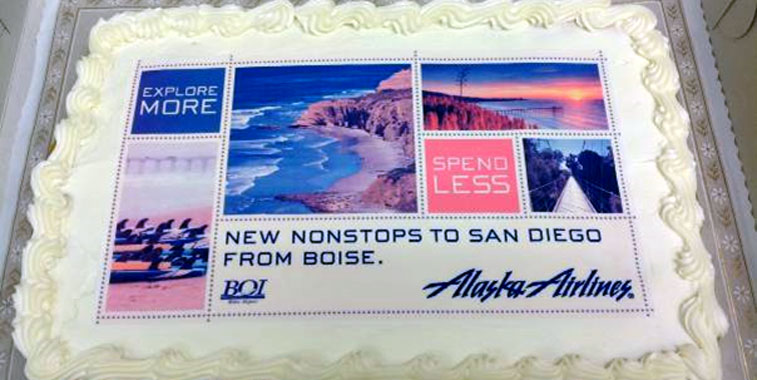 Boise Airport celebrated the launch of new services from Alaska Airlines two weeks ago. Celebrations included ribbon-cutting and of course, a cake. 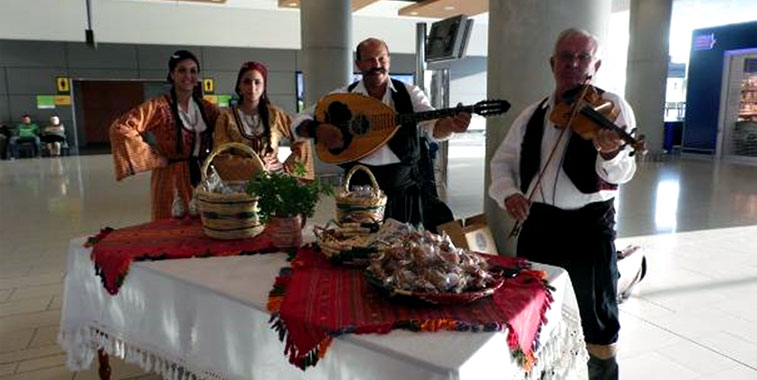 A warm welcome to the sounds of traditional Cypriot music and the chance to taste traditional sweets and koumandaria, an amber-coloured sweet dessert wine native to Cyprus, were given to easyJet’s passengers arriving on the airline’s inaugural service from Liverpool. 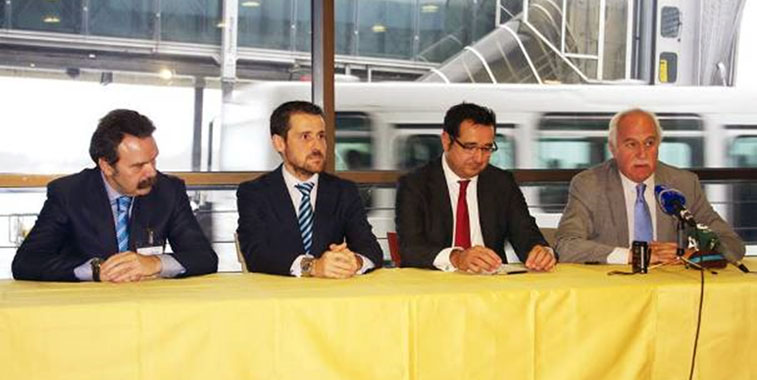 The marketing team at Oslo Torp welcomed passengers travelling on Ryanair’s inaugural service to Tenerife two weeks ago with a special cake. Wizz Air’s new service to Donetsk in the Ukraine, Ryanair’s fourth daily departure to London Stansted and the return of biweekly cargo flights to Hong Kong by Aerologic were welcomed by Milan Bergamo recently. 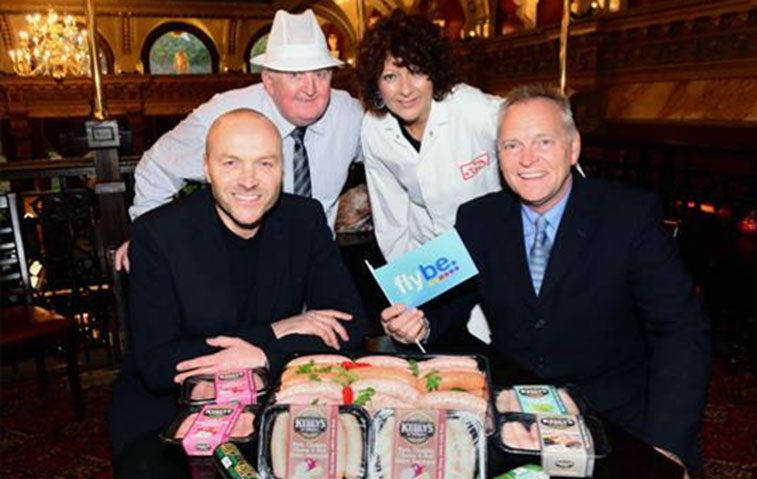 Flybe sent sausages soaring to the sky two weeks ago to mark the start of its new four times a week service between Birmingham and Ireland West Airport Knock that, in a ‘sizzling sausage swap’, is also celebrating British Sausage Week. No network planner’s suite of bedroom furniture is complete without this practical accessory – The Flight Lamp, a surprising and original decorative table lamp created for travel and aviation lovers. 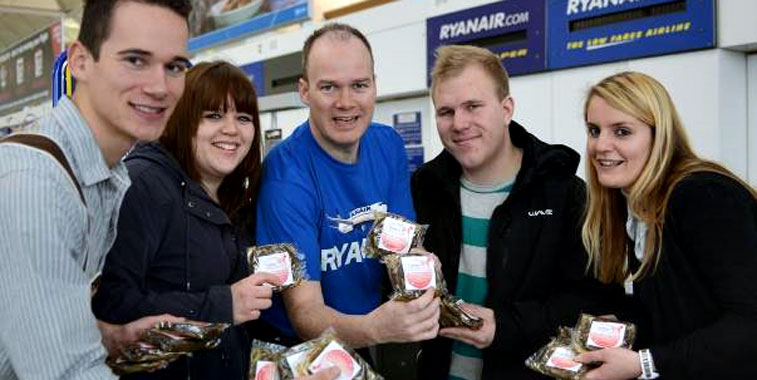 Ryanair and Nuremberg Airport staff made a special visit to Stansted Airport this week to promote the popular German connection from Stansted. Ryanair’s Jasper Geraets; Stansted Airport’s Patrick Alexander, and Nuremburg Airport’s Katharina Regler, were handing out gingerbread treats in the Ryanair check-in area and the mid-morning snacks were greatly received by passengers passing by. Patrick Alexander, Stansted’s Head of Marketing said: “We were delighted to welcome marketing colleagues from Ryanair and Nuremburg Airport into Stansted today. Passengers were delighted with the gingerbread treats and the activity certainly created a lot of interest around the daily Nuremberg connection that’s a very popular route from Stansted.”