It may have been wet and windy in Kelowna when Pacific Coastal Airlines’ first flight from Cranbrook arrived on Monday 18 November, but there was still a warm welcome for passengers on the inaugural flight, including the red carpet treatment and cupcakes. 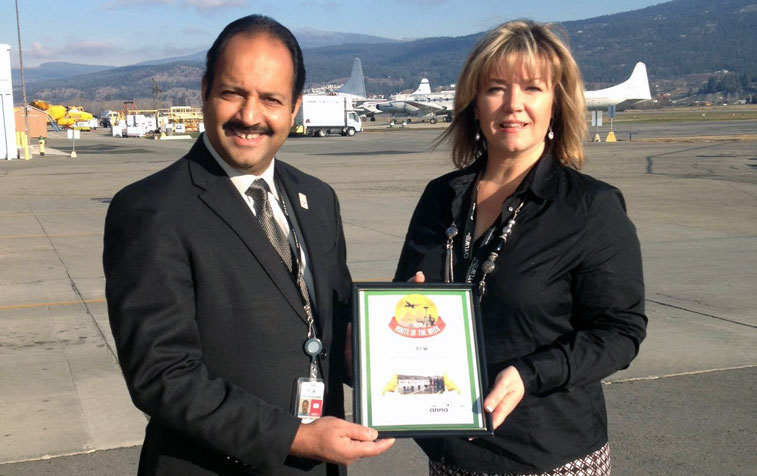 Kelowna Airport Director Sam Samaddar, and Airport Marketing & Media Relations Jenelle Hynes, cradling this week’s anna.aero “Route of the Week” prize. Kelowna also won anna.aero’s “Arch of Triumph” for the best fire truck water arch: “We are extremely proud to be named for both anna.aero awards this week,” said, Samaddar. “A successful new route launch involves developing strong partnerships between the airline, our two airports (YLW & YXC) and the Okanagan and Kootenay regions this new route will serve – we have established a great team here!”