Ryanair gains access to Russia; Dublin to Moscow and St Petersburg from March 2014 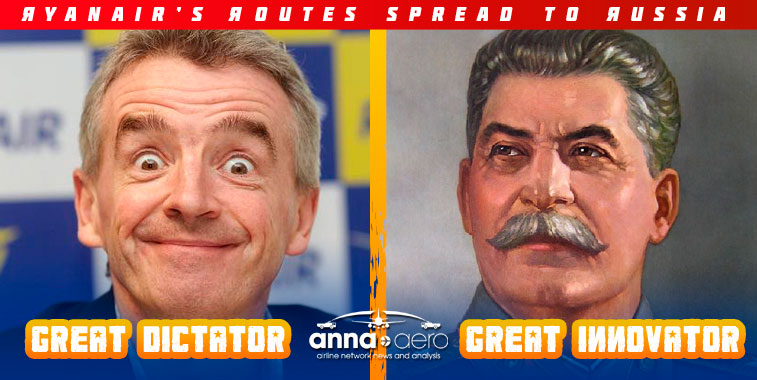 You ain’t seen nothing yet: Russians are bracing themselves for no-nonsense no-thrills.

Ryanair has been granted access to the Russian market in a landmark move by the Irish low cost carrier. Following in the footsteps laid down by the likes of easyJet and Wizz Air, Ryanair has been granted access to start flights in March 2014 from its Dublin home to Moscow and St Petersburg. Other LCCs which are currently in the Europe to Russia market also include germanwings, NIKI and Vueling.

Various other carriers (Aigle Azur, airberlin and Germania) also operate in the Europe to Russia market, but as such offer a hybrid product which anna.aero does not classify as under the traditional low-cost model.

A question which remains unanswered is which of the three Moscow airports – Domodedovo, Sheremetyevo or Vnukovo – the LCC will operate into. anna.aero’s money is currently on Vnukovo.

A fax dated 11 October 2013 from the Irish Embassy in Moscow (see below) confirms that Ryanair seeks “authorisation to fly Dublin to St Petersburg and Dublin to Moscow starting from the end of March 2014.”  Apparently Rosaviation has now accepted this designation.

anna.aero asked Ryanair for comment and received this non-committal statement: “Ryanair has had discussions with a number of Russian airports, but they are purely exploratory at this time.  Ryanair will always meet with airports that are interested in bringing Ryanair’s low fares to their market.  Ryanair is currently in discussion with over 100 European airports, so competition for Ryanair growth is fierce. We talk to many airports and always keep the door open to new route options.”

The fax from the Irish Embassy in Moscow taken from the Rosaviation site: 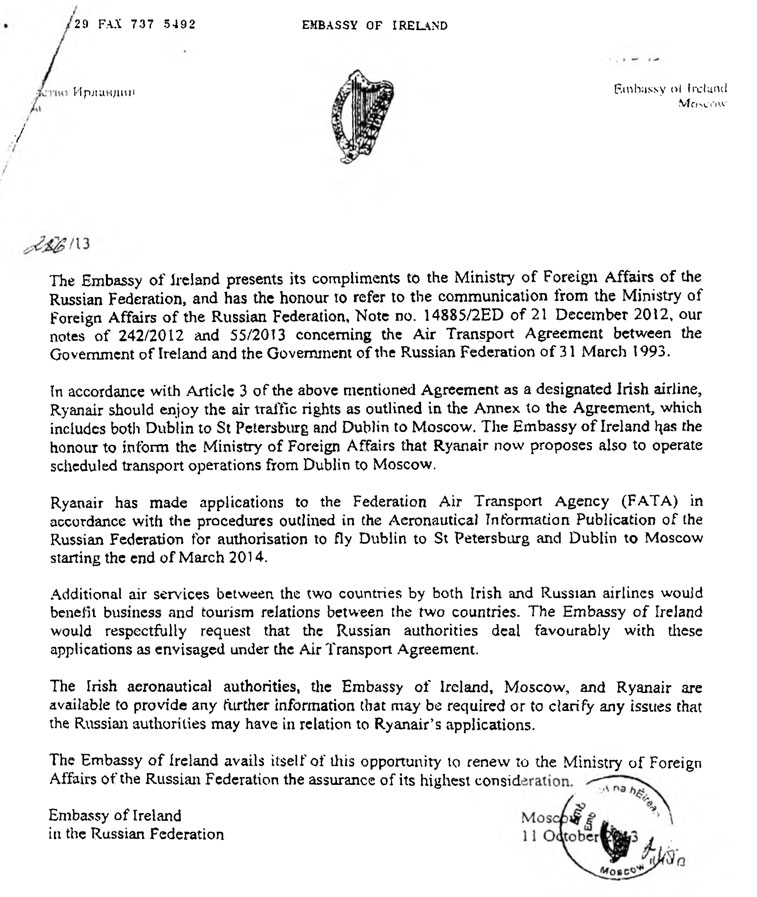