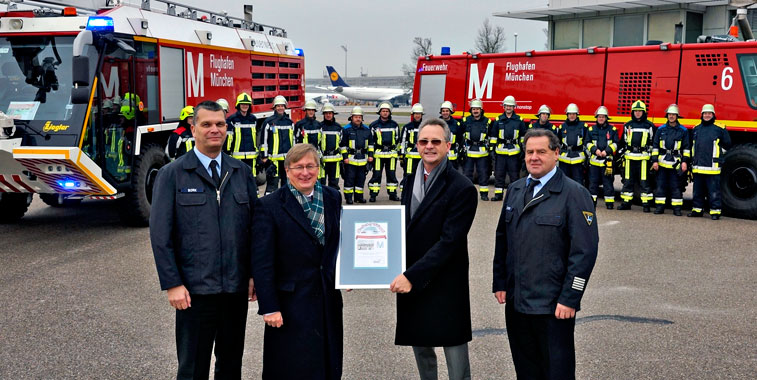 Only three Fire Truck Water Arches (FTWAs) this week allowed Fort Lauderdale a relatively easy Thanksgiving win in anna.aero’s weekly competition for the best route launch FTWA with 27.3 out of a possible 40 points. This means Aena’s Tenerife Norte Airport retains the top spot for the overall “anna.aero Arch of Triumph Champion 2013”. A special guide of how to play appears at the bottom of this article. Keep monitoring! 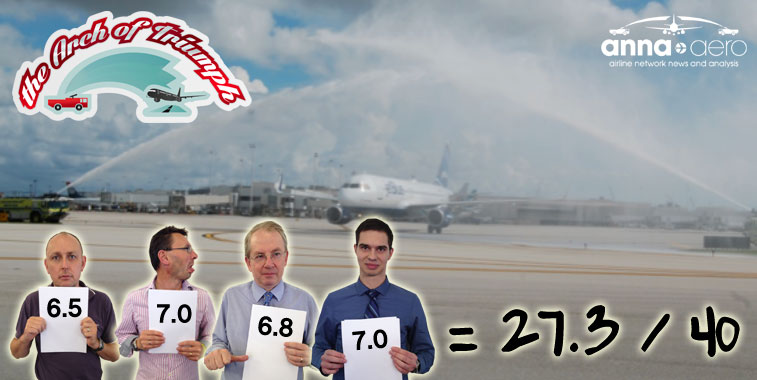 Marc: 6.5 This is not a perfect Arch of Triumph – we’ve got some “Tobleroning” emerging on the right, drifting mist, and “Gangnam style” at the top. But we have good symmetry by the FLL fire trucks making it easy for the departing JetBlue to perfectly dissect the apex. Just the kind of thing we’re looking for.

Paul: 7.0 If leaping dolphins had a spiritual home it would be Florida, so it’s only right that FLL will win with this effort. It’s a bit “Gangnam Style” at the top, but we can be charitable and forgiving in this busy Thanksgiving week for the sunshine airport. Florida-tastic!

Ralph: 6.8 Two fire trucks, an arch that just about meets in the middle, and some dramatic clouds make for a satisfying effort from Fort Lauderdale.

Vlad: 7.0 A good attempt from Fort Lauderdale as the trucks were well aligned creating an almost symmetrical FTWA. Wait a second; doesn’t the left darker cloud look like ‘Moby-Dick’ trying to go for the squirt of the right truck? 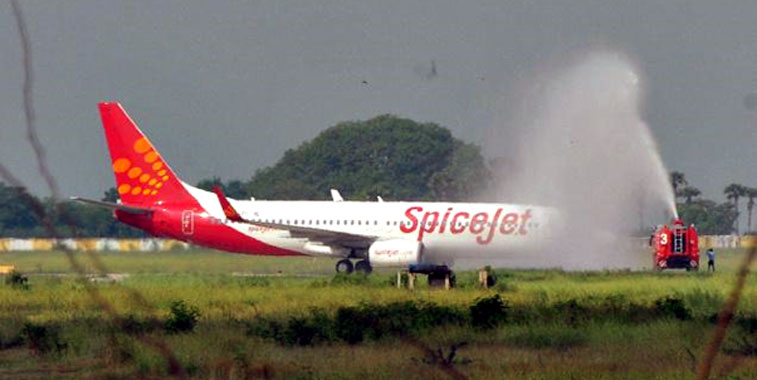 A-chhoooo!!! Things get a little bit too spicy for the Madurai CFR.

Marc: 3.6 I bet the passengers thought they were on the ‘Maid of the Mist’ (Niagara Falls tour boat) when they arrived at Madurai and received this FTWA. The pilots are apparently still drying out their uniforms after this drenching.

Ralph: 4.1 This does look rather like one of those ‘spy’ shots photographers take of new cars before they are officially revealed and still being tested. It is also hard to confirm whether a second fire truck was actually in attendance. The chap to the right of the fire truck looks like he might be taking a picture. Now that would be worth seeing!

Vlad: 3.0 To be fair, this is the most horrible FTWA that I have ever seen (although this is my first week as a judge). Actually, it’s not even a water arch as it seems Madurai’s fire service was trying to wash the SpiceJet 737. Not to mention that the photographer was probably way deep in the vegetation around the airport.

Paul: 6.0 I cannot make up my mind if this style of water arch is a “Panama Hat” – in which case it should be actually Panama Hat-shaped and yes, it’s never been captured on camera before, and no, it wasn’t during Air France’s historical arrival either. Lovely picture though – minimalist – very French.

Ralph: 3.6 You can’t make an arch with only one fire truck. However, the ‘shower’ effect does result in an interesting pink glow above the fuselage, a lighting trick I don’t think we’ve seen before.

Vlad: 5.0 Spectacular landscape in the back as it looks like an atomic bomb has just exploded. It’s a shame fire trucks are not both visible, or even the whole FTWA. This could have been the winner of this week, but it won’t score more than 5 from me.