SilkAir staff handed out gifts for passengers on the first flight from Singapore to Yogyakarta on Monday 25 November. In Yogyakarta, traditional dancers welcomed the airline’s first arrival at Adi Sucipto International Airport. The route will be operated thrice-weekly, and compete against daily offerings from Indonesia AirAsia and Tigerair Singapore. 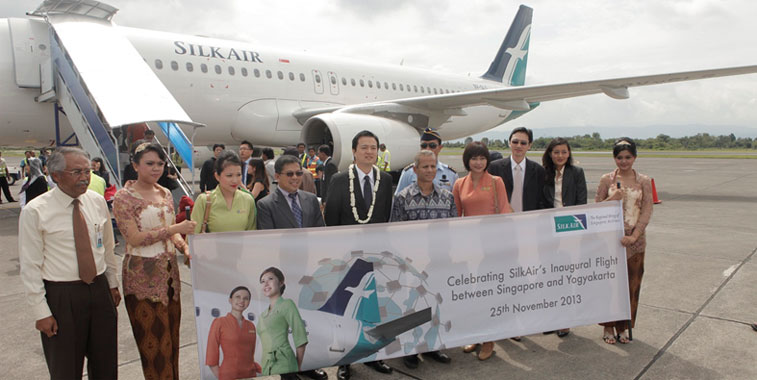