Tiny Aruba, an island of the Lesser Antilles in the southern Caribbean Sea, has secured the Caribbean’s first FTWA win of 2013, in a one-horse race for this week’s title. Europe’s airports still lead the way with four wins out of 12 so far this year, with Asia and North America tying for second place, both with three wins. With Aruba’s win this week, the Caribbean joins the Middle East with just one win so far this season. 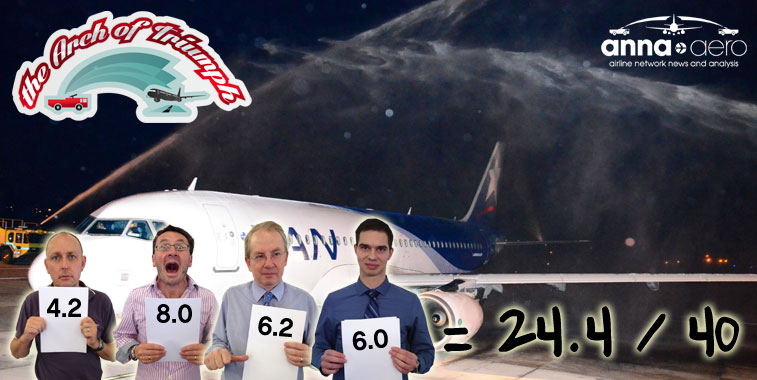 LAN Airlines arrives from Bogota to an “Aruba Limbo”. Some versions involve the use of a flammable materials, although ICAO strongly discourages such celebrations on the airfield. 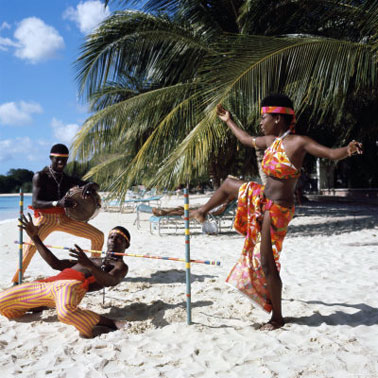 Marc: 4.2 With just three weeks to go before the 2013 FTWA title is awarded I really expected the world’s airports to be going the extra yard (or 0.9144 metres to our metric-using cousins) and try to win. In the end, this week is a one horse race with a distinctly average FTWA. Step-up airport firefighters and marketeers, the title is still there for you to win!

Paul: 8.0 Another regional speciality!!! This FTWA is known by all local airport firefighters as an “Aruba Limbo.” Indeed it has been a significant influence on a dance style of the same name which Arubans are likely to spontaneously perform whenever tourists appear.

Ralph: 6.2 Well we can see one truck, and the arch does appear to meet over the aircraft, but there’s a bit of Tobleroning going on, and night-time shots are always more challenging.

Vlad: 6.0 LAN Airlines’ flight was welcomed in Aruba with a ‘Caribbean Gangnam Style’. It’s a shame that just one fire truck is visible and the trade winds from the Atlantic Ocean interfered, as this FTWA could have scored more than this.