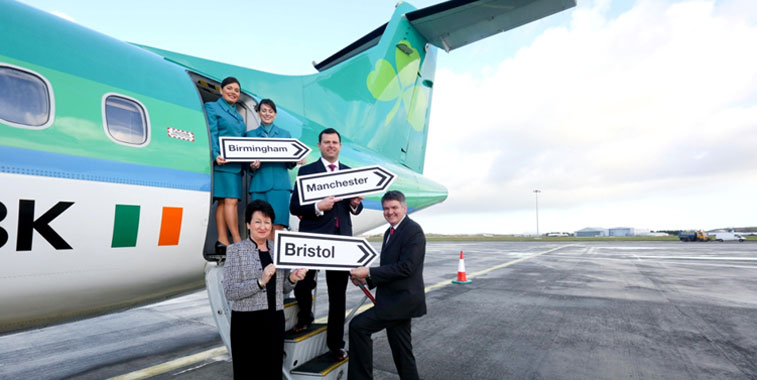 Shannon Airport will experience a major boost in its 2014 services, as Aer Lingus Regional added 100,000 additional seats across three UK routes. The announcement involves adding a new daily service to Bristol Airport and increasing the daily flights to Manchester and Birmingham Airports to thrice-daily and twice-daily respectively. All Aer Lingus Regional’s services are operated by the Irish carrier, Aer Arann. Air France’s A380 touched down at Cancun Airport for the very first time on 27 November as part of the airline’s 80th anniversary and ASUR’s 15th anniversary of operations at Cancun Airport. The landing of Air France’s superjumbo from Paris CDG was welcomed with a water cannon salute and speeches from Air France and ASUR officials. ASUR is the main airport group in Mexico, operating nine airports in the south-east of the country. On 4 December, Vueling celebrated carrying four million passengers at Amsterdam Schiphol Airport, since it started serving the Dutch hub in 2005 with a unique cake. The lucky passenger was awarded two return tickets to any of Vueling’s destinations from Amsterdam. 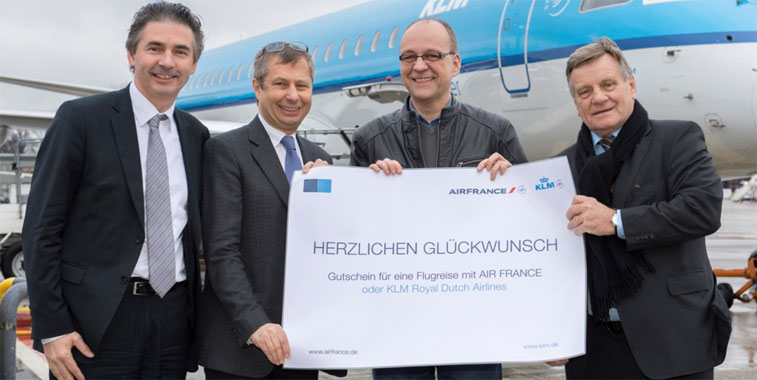 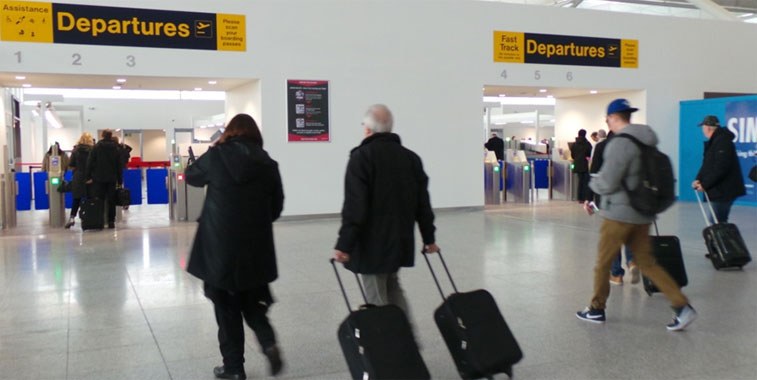 London Stansted Airport, which is undergoing a £80 million terminal redevelopment project, reached the final milestone on 6 December, when the first section of the new security area welcomed its first passengers. The initial phase of the project involved relocating the security area to a more spacious location that will accommodate 22 security lanes, compared to the previous 18. 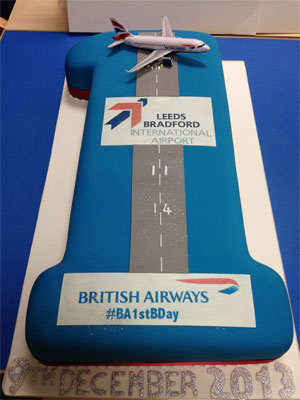 British Airways celebrated one year of operations at Leeds Bradford Airport on 9 December with this fabulous cake. Marking this achievement, British Airways is offering 15% discount to any passenger, who books a flight from the Yorkshire airport connecting with one of carrier’s 70 long-haul destinations from London Heathrow Airport. The thrice-daily services to Heathrow are operated utilising carrier’s 132-seat A319. 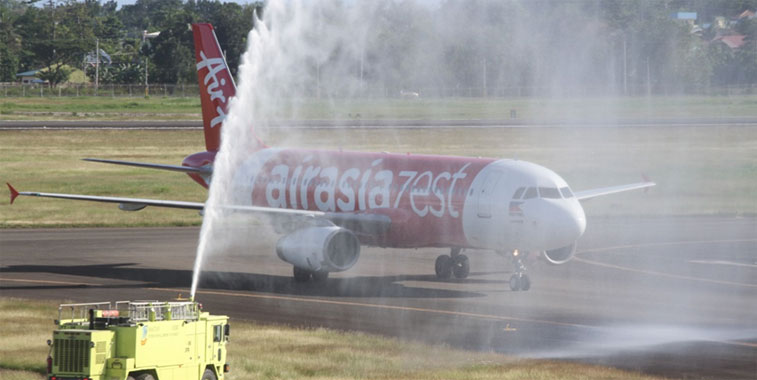 Kuala Lumpur Airport celebrated on 1 December the launch of AirAsia Zest’s daily service from Cebu in Philippines with the traditional water arch salute. CityJet launched on 10 December a special service to the ‘North Pole’ as part of airline’s Christmas charity event. The unique inaugural from Dublin Airport was organised by CityJet to give 50 family members from Temple Street Children’s University Hospital the opportunity to experience what it is like to fly. Passengers were accompanied by Santa Claus himself and his hardworking elves. 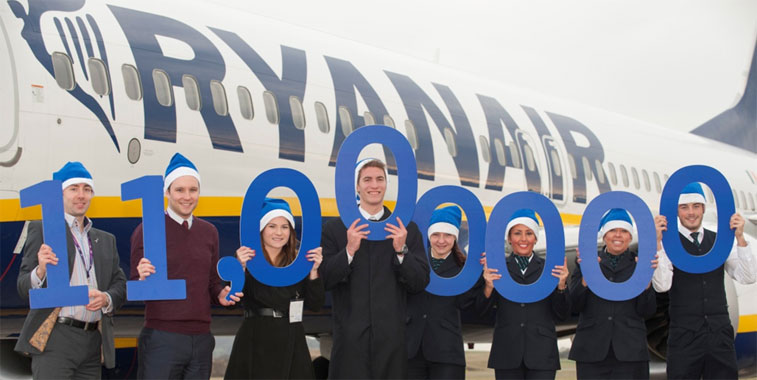 Ryanair achieved the 11 million passenger milestone at Edinburgh Airport on 10 December, since it commenced operations 12 years ago with a service to Dublin. The ULCC now serves a total of 32 destinations from the Scottish capital.