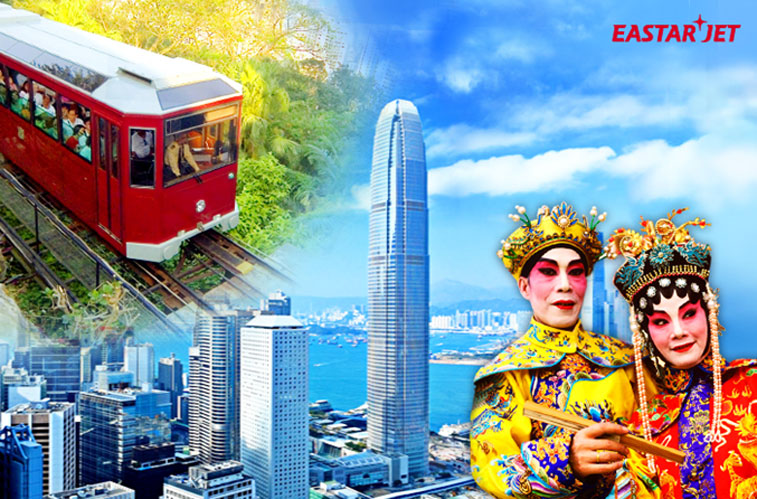 Eastar Jet’s most recent addition to its network is Hong Kong. Daily flights from Seoul Incheon launched on 5 December but face significant competition from the likes of Asiana Airlines, Cathay Pacific Airways and Korean Air, who all operate multiple daily flights.

Eastar Jet is a South Korean LCC which began operations in January 2009, offering multiple daily flights on the 450-kilometre domestic route between Seoul Gimpo Airport and Jeju Airport using 737s. By the end of 2009, it was operating five 737s and was also operating daily domestic flights between Jeju and Kunsan. According to the airline’s website, flights from Seoul Incheon Airport began in April 2010 to Phuket, followed by Kota Kinabalu in July of that year. In 2011, routes to Bangkok, Sapporo/Chitose, Siem Reap and Tokyo Narita were added from Incheon.

This year has seen the airline’s fleet grow by two aircraft, with the addition of 737-800s in April and June, giving it a fleet of five 737-700s and four 737-800s. In June, the airline carried its eight millionth passenger.

Despite its fleet of nine aircraft and the fact that its network has gradually grown in recent years, the Gimpo-Jeju route still accounts for 60% of all weekly flights and seats, but only 22% of all weekly ASKs (Available Seat Kilometres). Although the route is now served with 15 daily flights, the airline’s twice-daily Incheon-Bangkok service generates more weekly ASKs as the sector length is almost 3,700 kilometres.

Competition on the Gimpo-Jeju route comes from Asiana Airlines (145 weekly departures), t’way (139), Jeju Air (112), Jin Air (105) and Korean Air (96). In total there are 100 or more daily departures between these two airports on every day of the week, except Tuesday, when there are 95, making this one of the world’s busiest airport-pairs. 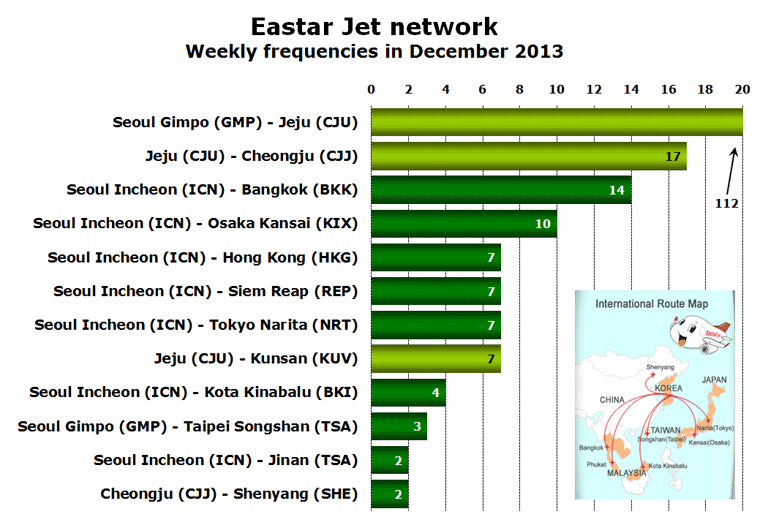 Three of the airline’s current Top 12 routes are domestic (shown in pale green), with expansion focussed at present on international flights. The airline’s most recent new route to Hong Kong, launched last week on 5 December, while flights to Siem Reap in Cambodia resumed a week earlier.