Read all about it! One of seven new routes started by easyJet in the past seven days was the Seville to Basel service. Cutting the cake with easyJet’s crew, were Seville’s Airport Director, Jesús Caballero (second right), and Juanjo Domínguez Labrador, Deputy Director of Seville Tourism Board. 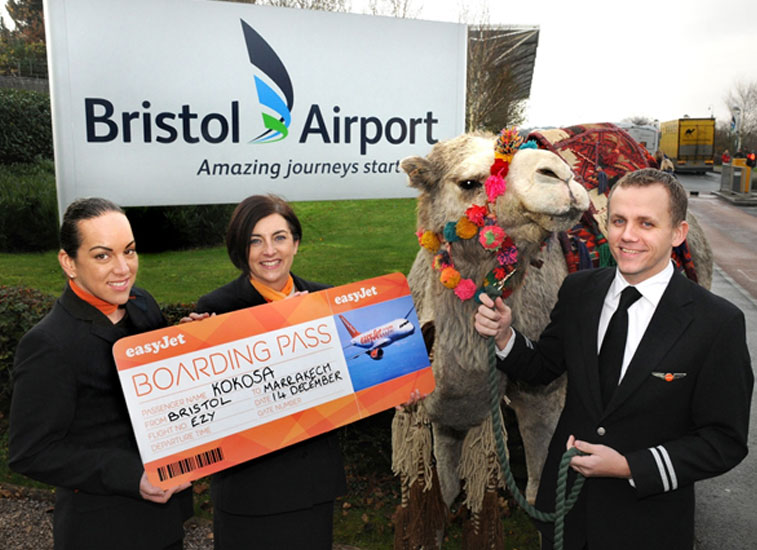 Celebrating the launch of easyJet’s twice-weekly (Tuesdays and Saturdays) Bristol to Marrakech service were (left to right): easyJet crew Louise Mehrotra and Faye Chambers; with Kokosa (the camel) and First Officer Phillip Towns. The LCC also started twice-weekly (Thursdays and Sundays) flights to Keflavik/Reyjavik from the south-west UK airport. Passengers on the inaugural twice-weekly easyJet service from Keflavik/Reykjavik to Bristol were treated to pre-flight snacks (major loss of inflight revenue on that flight then) — including pancakes. Cutting the inaugural flight ribbon were (left to right): Bjorn Oli Hauksson, CEO of Isavia; easyJet Cabin Crew member; and Capt. John Gardner. 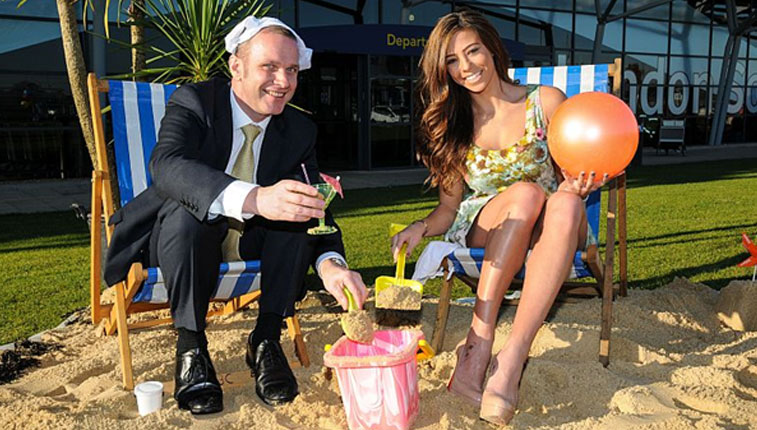 Using two tonnes of sand to create a beach outside the terminal and inviting The Only Way is Essex (UK reality TV show) star Pascal Cramer to come along to make some sandcastles and eat ice cream was London Southend Airport Operations Director David Lister. easyJet will fly to Tenerife Sur twice-weekly from the London airport.